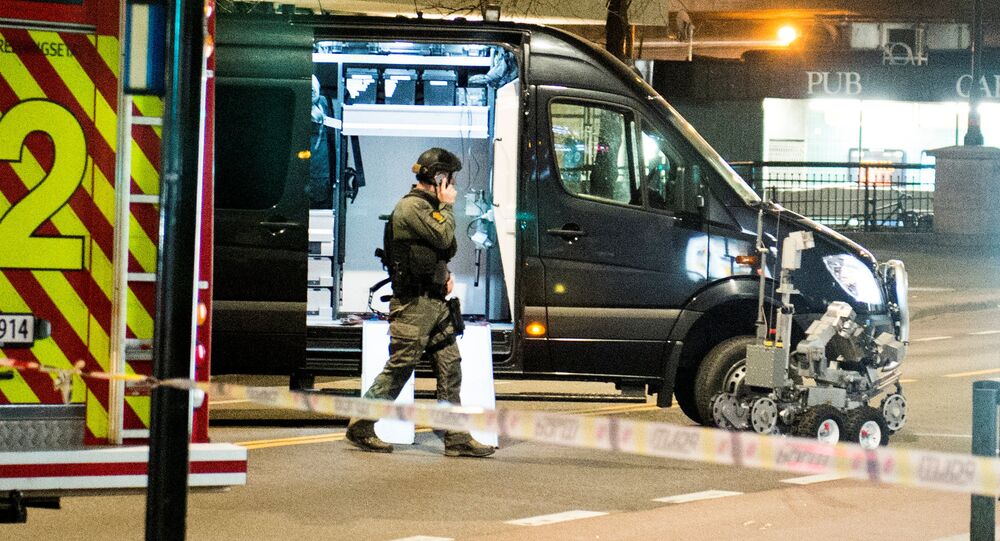 Violent Islamism 'Likely' to Sweep Through Norway, Europe due to Poverty, Crime

Despite the fact that the Islamist extremist community in Norway was recently reported to have weakened, Norwegian terror researchers predict an increase in the number of Islamist terrorist attacks in Europe in general and Norway in particular.

© AFP 2021 / Jonathan NACKSTRAND
Troublesome Trucks: Nordics Ponder How to Prevent Vehicular Terrorism
After Friday's terrorist attack in neighboring Sweden, where four people were killed and 15 injured, the Norwegian Police Security Service PST adjusted the probability of a terror in Norway from "possible" to "likely." At the same time, several police departments across the country were put on alert with reinforced weaponry.

After a variety of Nordic media sources associated 39-year-old Uzbek Rakhmat Akilov with Islamist circles, including Daesh (ISIS/ISIL), and the truck attack in Stockholm was linked to the growing trend of Islamist violence.

Terror researcher Petter Nesser at the Norwegian Defense Research Establishment (FFI) expects the negative trend to worsen. According to Nesser, arrests of key people naturally weaken Islamists' capacity for attack. It is nevertheless important, however, to remember that European jihadism is interconnected via a cross-border network, which leaves no single country immune to the threat of terrorism.

"There is nothing in the material we are looking at that indicates that the threat will diminish," Petter Nesser told the Norwegian newspaper Klassekampen.

© AFP 2021 / Noella JOHANSSON / TT News Agency
Stockholm Truck Attack Sheds Light Upon Threat Posed by Rejected Asylum Seekers
Nesser was the editor for a series of articles on European jihadism which was published in the journal Perspectives on Terrorism, where Nesser's research colleague Thomas Hegghammer listed four main reasons why violent Islamism in Europe will only worsen in the near future. The reasons include a growing number of Muslims with a poor economy, a growing number of recruiters, the current situation in the Middle East, as well as the wide opportunities to spread influence and propaganda that the Internet provides.

According to Petter Nesser, a typical Islamist recruiter is an influential veteran with combat experience from war zones, which is an important reason for the elevated terrorist threat.

"With Daesh coming under growing pressure, like we see today, we expect an increase in simple attacks carried out by individuals, but who also happen to have some sort of connection with organized groups and networks," Petter Nesser told the Norwegian newspaper Klassekampen.

© AFP 2021 / Jonathan NACKSTRAND
What Happened in Sweden: Europe on Edge as 'Sleeping Terror Cells Waken'
According to Petter Nesser, violent Islamism is a phenomenon that crosses national borders, which makes the terrorist threat impossible to grasp entirely from a local perspective.

"Checking organized communities in Norway is important, but it provides no guarantee against attack because they also have links with networks in other countries," Petter Nesser said.

PST's threat assessment for 2017 lists Islamist extremism as the greatest threat facing Norway in the coming year. At the same time, jihadi recruitment was reported to be declining, partly because several key leaders of the Islamist environment are currently being prosecuted.