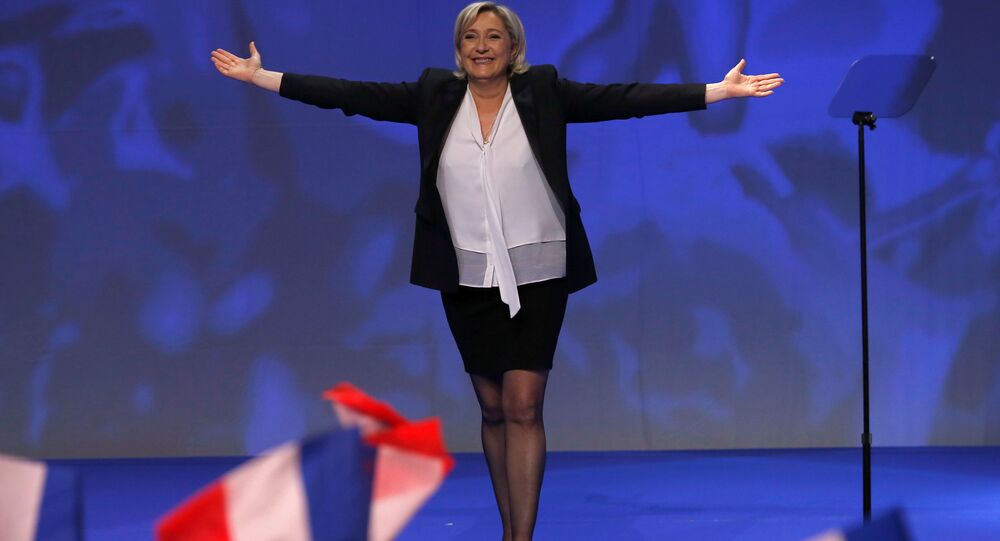 French far-right presidential hopeful Marine Le Pen has pledged to make every second of her presidency useful to France and the French people, if elected.

MOSCOW (Sputnik) — Le Pen has announced 10 steps she intends to make in her first two months in office, adding that every action taken by her as president will be useful for France.

"In the two first months of my presidency I will immediately take 10 necessary measures to verify democracy and respond to the pressing problems in the field of economy, social sphere and security that our country faces… Every second of my presidency will be useful to France and the French," Le Pen said in a video, posted on her Twitter account.

© REUTERS / Patrick Kovarik/Pool
Macron, Le Pen Running Neck-And-Neck in 1st Round of French Presidential Elections
As regards the particular steps, the National Front party leader vowed to withdraw from the Schengen zone and reinstate border controls, to deport all the foreigners on a radicalism watch list, to revoke French citizenship of the dual national citizens convicted of jihadist links. Le Pen also promised to low income taxes, reduce the minimum retirement age from 62 to 60, as well as to hold a number of referendums on the proportional representation, reducing numbers of deputies and senators.

The first round of the French presidential elections is scheduled for April 23, while the run-off is slated for May 7. According to recent polls, Le Pen preserves the one-point lead over independent candidate Emmanuel Macron.