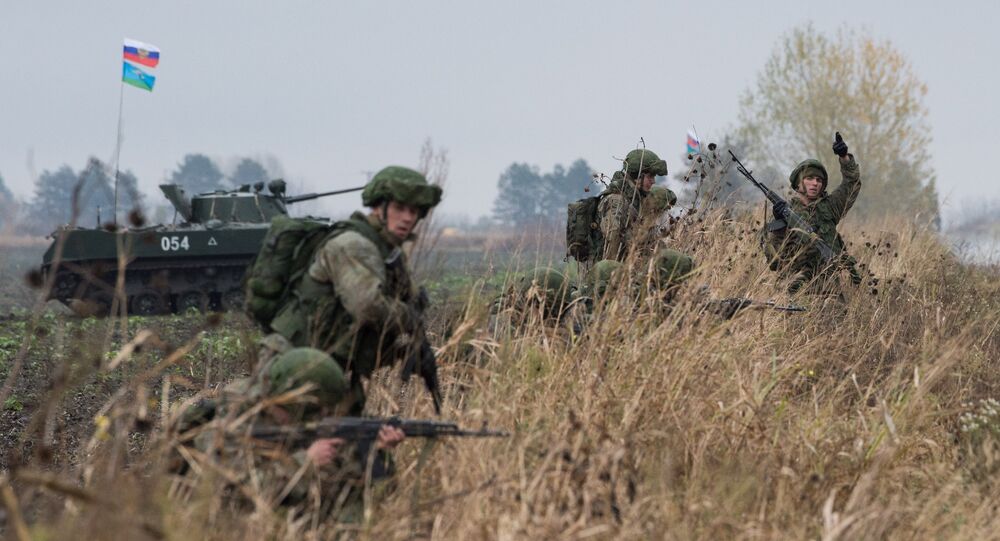 Later this year, Serbia will take part in Collective Security Treaty Organization drills as a full-fledged member for the first time; the other six nations which comprise the regional military alliance are all close Russian allies and former Soviet republics.

© Sputnik / Vladimir Rodionov
Why Buying MiG-29 Fighter Jets From Russia is Exactly What Serbia Needs
September 2017 will see Serbia's full-blown participation in the war games of the Collective Security Treaty Organization (CSTO), according to media reports.

The CSTO, which includes Armenia, Belarus, Kazakhstan, Kyrgyzstan, Russia and Tajikistan, was set up by the former Soviet states in 1992 shortly after the collapse of the Soviet Union, in a bid to facilitate cooperation and strengthen security in the region.

Serbia and Afghanistan have observer status at the CSTO Parliamentary Assembly.

The upcoming CSTO drills, dubbed "Indestructible Brotherhood," will be held in Kazakhstan; Serbia's army and police units are due to take part.

© AP Photo / Darko Vojinovic
Russia and Serbia: Unwavering Brotherhood and Friendship
When asked whether it will add to strengthening Serbia's military neutrality, he signaled Belgrade's interest in the matter.

At the same time, Prorokovic said that "if you look at the [recent] agreements signed by our country, they indicate Serbia's push for NATO rather than the CSTO."

"In the past four years, Serbia has signed three agreements with NATO, including a very controversial individual partnership action plan (IPAP). We often participate in military exercises with the CSTO countries, but as far as the formalization of our relations is concerned, it is lagging behind," he pointed out.

According to him, the best way to finally consolidate Serbia's neutral status is to pass a special law to supplement the current parliamentary resolutions, which Prorokovic said do not work.

"By doing so, Serbia would have showed that it remains a neutral state and can continue to cooperate with the CSTO without being lectured to on the issue," he said.

Late last month, Russian expert Alexander Pivovarenko told Sputnik that Belgrade's drive to continue its course towards closer integration with the EU while maintaining its friendship with Russia and China underscores the multi-vector nature of Serbian policy.

"Serbia believes that it can build constructive and working relations with Brussels, Moscow, Washington, and Beijing. In general, Serbian policy is a multi-vector one, with Turkish and Arab investments also being in place in this policy. In other words, Serbia is at the crossroads of many vectors," Pivovarenko said.

© Sputnik / Alexey Vitvitsky
Having It Both Ways: Serbia Steers Toward EU Without Abandoning Russia, China
Earlier in March, then-Serbian Prime Minister Aleksandar Vucic said that "the vast majority of Serbian citizens support the continuation of reforms, the continuation of the European path of development for Serbia as well as maintaining our traditional friendship with Russia and China."

Vucic was elected as Serbian President in the first round of the elections, which were held on April 2.

Is EU Planning to Drive a Wedge Between Russia, Serbia?