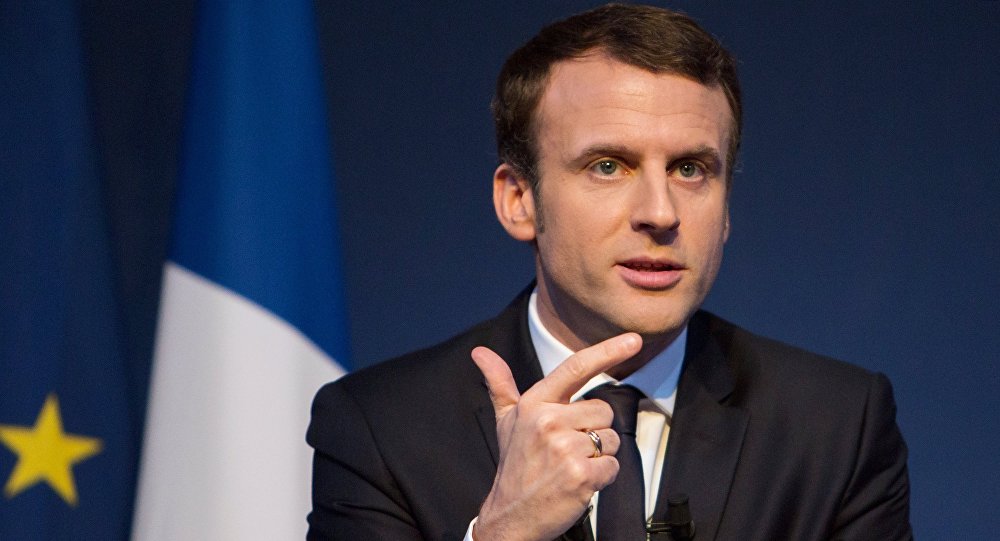 Emmanuel Macron said that it is crucial for Paris to maintain political dialogue with Moscow.

© REUTERS / Patrick Kovarik
Le Pen, Macron Have Equal Chances to Win in 1st Round of French Election - Poll
MOSCOW (Sputnik) — French independent presidential candidate Emmanuel Macron said that it is crucial for Paris to maintain political dialogue with Moscow, however the French government should not support every stance of the Russian political leadership.

“We should maintain dialogue with [Russian President] Vladimir Putin, but under no circumstances we should indulge what he sometimes supports or defends … Russia needs to be put face to face with its responsibilities,” Macron told the BFMTV broadcaster.

According to Macron, all of his rivals in French elections are “charmed by Vladimir Putin.”

The first round of the French presidential elections will take place on April 23, while the run-off between the top two contenders is scheduled for May 7. According to a fresh Harris Interactive poll, Macron is leading in the first round with 25 percent of votes, while far-right National Front party nominee Marine Le Pen is projected to receive 24 percent of votes. As regards Fillon, he is expected to gain 18 percent.

Macron Rating Down, Voter Support Same as That of Le Pen