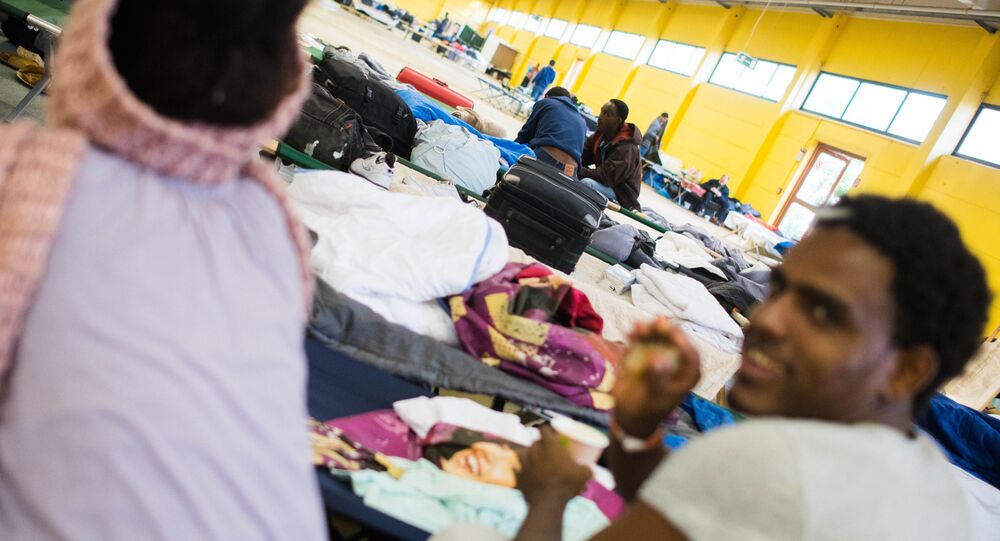 Germany could be forced to close its border with Switzerland if a surge in illegal migrant crossings continues, interior ministry officials told the German newspaper Welt am Sonntag.

© REUTERS / Hannibal Hanschke
US Officer in Germany Scrutinized For Bashing Merkel on Facebook
A year after the closure of the Balkan migration route, the German Interior Ministry has discovered that illegal migrants have found a new way to reach Germany – through Switzerland, where the number of illegal crossings has tripled in comparison with last year.

These migrants reach Switzerland from Italy. The Italian government estimates that 250,000 migrants will arrive at the Italian coast this year, most of whom are from African countries such as Guinea, Nigeria and the Ivory Coast. Over 95 percent of the arrivals set off from the coast of Libya.

Sources in the interior ministry told German newspaper Welt am Sonntag that in January and February, the authorities detected 1,350 illegal border crossings from Switzerland, a sharp rise in comparison with the 402 detected in the first two months of 2016.

The Italian border with Switzerland is less secure than its borders with Austria and France and since last summer migrants have intensified their efforts to cross it.

The southwest German state of Baden-Wuerttemberg, which borders with Switzerland, has been most affected by the surge in migration.

© AP Photo / Martin Meissner
Most Germans Think Migrant Flow Hit Capacity Limit Despite 'Welcome Culture'
The state's interior minister Thomas Strobl, told Welt am Sonntag that the government may be forced to close its border with Switzerland if the migrant influx continues.

"We still have this border under control, but if the situation gets worse on the Italian-Swiss border and consequently on the Swiss-German border, then we will act," Strobl said.

"We will do what is necessary should the situation arise – we have already strengthened our state police," he added.

Following the arrival of 890,000 asylum seekers to Germany in 2015, the German Interior Ministry recorded the arrival of 280,000 refugees in 2016. The fall in the number of arrivals has been attributed to the EU's migrant deal with Turkey and the closure of the Balkan migration route in March 2016.

2 Killed, One Injured in Cafe Shooting in Switzerland