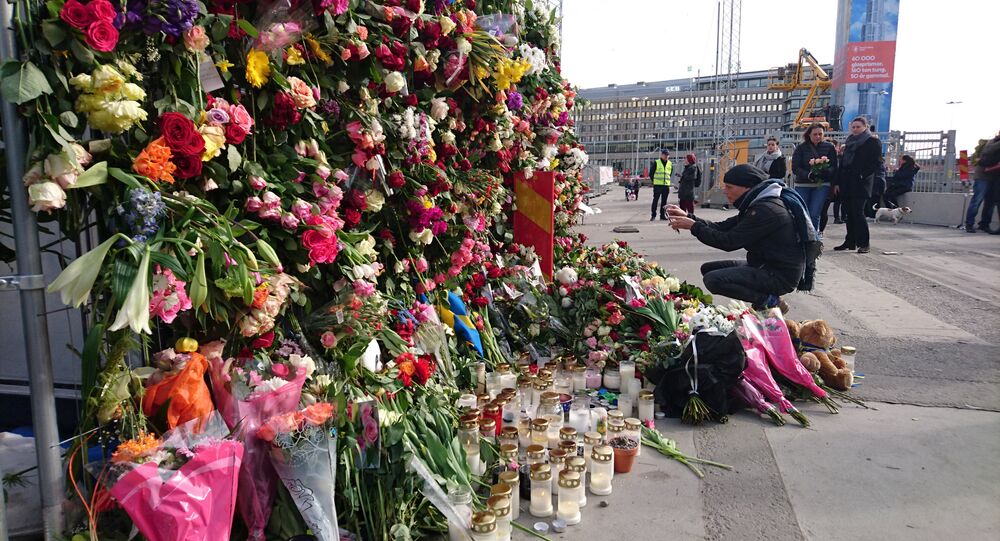 Belgian Foreign Minister Didier Reynders stated that a Belgian national was killed in the truck attack in Stockholm.

MOSCOW (Sputnik) — A Belgian national was killed in the truck attack in the Swedish capital that claimed the lives of at least four people on Friday, Belgian Foreign Minister Didier Reynders said on Sunday.

"Unfortunately, we lost a compatriot in the attack in Stockholm. I express my condolences to his family and friends," Reynders wrote in his Twitter.

​On Friday, a stolen truck rammed into a crowd of people at a major pedestrian street in Stockholm, leaving at least four people dead and several others injured. The country's Prime Minister Stefan Lofven said that the incident was likely a terror attack. Local police arrested a 39-year-old Uzbek national living in Sweden on suspicion of committing the attack. The investigation is underway.

On Saturday, media reported that one of the victims of the attack was 11-year-old girl, without providing information on other victims.

About 10 People Remain in Hospital After Truck Attack in Stockholm