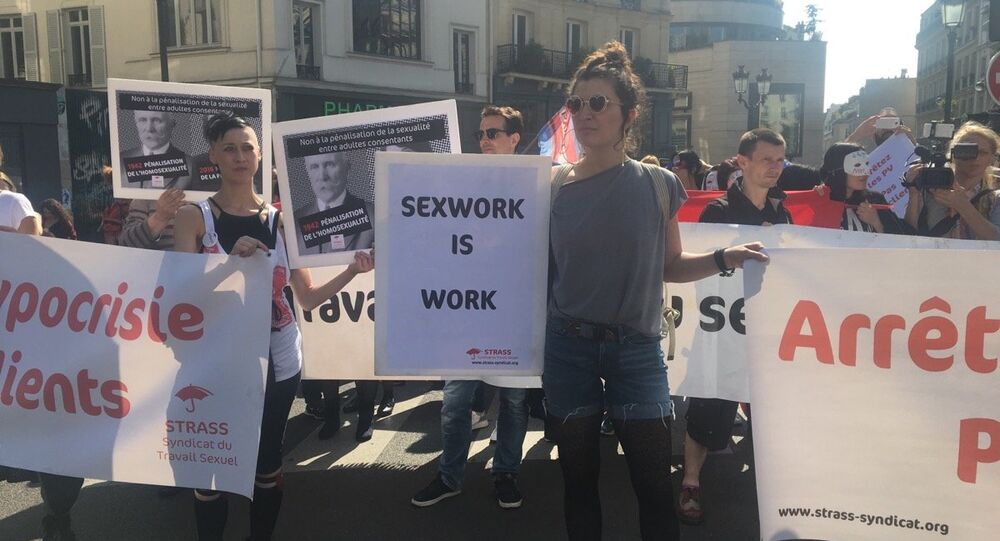 We all know that a day at work goes by faster when there is work to do. Sitting idly, sipping coffee isn’t exciting if you have to work an eight hour shift, it gets boring. Hence, it is understandable why some workers decided to hit the streets of Paris protesting lack of work.

On Saturday, female sex workers took to the streets of Paris protesting a lack of clientele and poor working conditions.

The rally, which started in the afternoon at Pigalle Square had about 200-300 prostitutes screaming slogans such as “Stop hypocrisy. But not our customers!”, “Sex business is my work,” “My body is my business,” and so on.

© Sputnik
Demonstration for the rights of sex workers and prostitutes and against the criminalisation of sex work, in Paris

The ladies were protesting against a low flow of customers which has decreased by 25-50%. The working conditions have also allegedly deteriorated after the adoption of a law passed April 13, 2016.

The law imposed a tax on the services provided by sex worker. It aims at encouraging prostitutes to consider a change of occupation. As a result, however, the incomes of the prostitutes fell sharply, as they had to significantly lower their prices in an attempt to attract more customers.

© Sputnik
Sex workers and prostitutes against the criminalisation of sex work, in Paris

In some extreme cases, girls committed suicide; some were infected with AIDS because for the sake of earning they were forced to agree to any demands made by men.
Also, there have been cases of women being beaten by aggressive and drunken customers.

Since April 2016, in accordance to the imposed law the people resorting to the services of sex workers are fined around 1,500 to 3,750 euros. Since the law had been implemented more than 800 people have been fined by the police and gendarmerie.