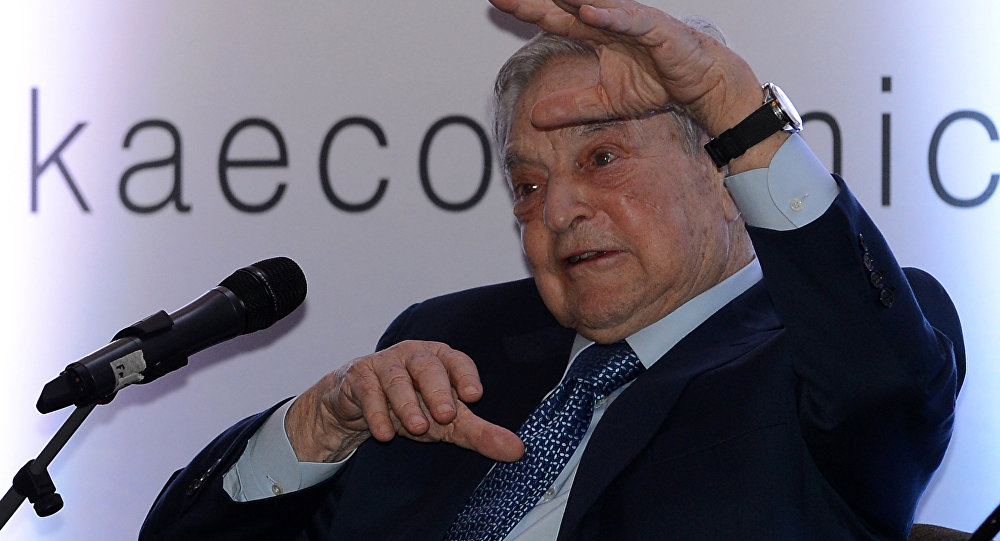 Hungary seeks to close the university funded by American billionaire George Soros. Representatives of the country's government believe that his fund receives money for "serving the interests of global capitalism" which contradicts with Hungary's national interests, according to the government.

In an interview with Radio Sputnik, political scientist Vladimir Kireev commented on the issue. According to him, such funds indeed often manipulate governments and seek to influence politics in a number of countries.

"The ultra-liberals, the oligarchs have transformed world politics by manipulating and blackmailing nations. In this case, Orban is just a partisan in the confrontation with the world elites. There is a globalist international order, unfortunately, a negative one, because we are talking about an oligarchic globalization that manipulates governments and information," Kireev told Radio Sputnik.

The expert didn't rule out that the opposition of the Hungarian prime minister against George Soros can provoke a negative reaction in the United States.

"We see what they [the Americans] are doing now in Syria. All the information about chemical weapons is based on very controversial data, but it still has become a pretext for a stricter US policy. I won't be surprised if we see Orban on the list of national dictators who risk to be overthrown," the expert said.

© Sputnik / Sergei Guneev
National Consultation: Hungarian PM Orban Seeking Ways to 'Stop' Brussels, Soros
On April 4, the Hungarian Parliament passed a law effectively preventing the Soros-backed CEU from operating as an educational institution in the country. It brought an immediate backlash from academics and politicians who said it was a deliberate act to silence Soros, who has been critical of Hungarian Prime Minister Viktor Orban.

The funds of American billionaire George Soros have been repeatedly accused of participating in the organization of a power change in a number of countries. Soros himself does not deny the fact that his money helped to organize the "orange revolution" in Ukraine in 2004 and Euromaidan.