The British Labour Party has been further plunged into crisis following the decision by its executive not to expel former London Mayor Ken Livingstone for suggesting that Hitler supported Zionism, when many supporters and Labour MPs demanded he be thrown out of the party amid calls for him now to be reinstated. 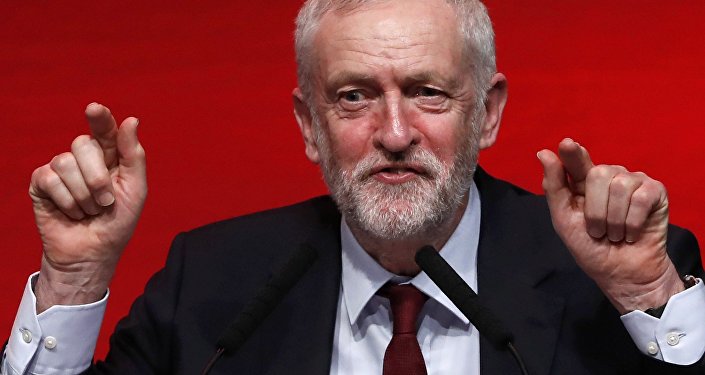 © REUTERS / Russell Cheyne
UK Labour Party in 'Battle for the Future' as Factions Split Party
The row began when Livingstone — no stranger to controversy — defended fellow MP Naz Shah, who was suspended temporarily from the Labour Party for anti-Semitic comments made in April 2016. Livingstone claimed that Shah had been "smeared" by the "Israeli lobby."

"There's been a very well-orchestrated campaign by the Israel lobby to smear anybody who criticizes Israeli policy as anti-Semitic. I had to put up with 35 years of this. It's completely over the top but it's not anti-Semitic. Let's remember when Hitler won his election in 1932, his policy was that Jews should be moved to Israel," Livingstone said.

"He was supporting Zionism — this is before he went mad and ended up killing six million Jews."

Now Shah herself has condemned the Labour Party's national executive for extending his suspension for one more year — to two — rather than expelling him completely. Shah has joined more than 100 MPs in condemnation of the decision not to expel him.

Completely agree with @MayorofLondon, we all make mistakes, leadership is about learning from them. #Antisemitism https://t.co/aaGPyqIXcT

More than 1,000 Labour MPs and supporters have now signed a letter expressing "disgust and frustration at the decision by the NCC to not expel Ken Livingstone from the party."

"The decision to allow him to remain a member presents us with an immediate dilemma about our future in the party. Despite pledges of 'zero tolerance' on antisemitism, Labour has been found wanting when it truly matters. The Jewish community has a proud history with Labour, but this decision has thrown its future into jeopardy. We are sick of the complacency shown towards the prejudice we face. Enough is enough," the letter says.

Livingstone was originally suspended over the matter in April 2016 and his suspension was extended for another year by the national executive committee. He is now calling for his reinstatement.

My initial response to the extension of my suspension.
Please RT if you support my reinstatement — #KenLivingstone https://t.co/IjWLXy5npB

​"Ken Livingstone's comments have been grossly insensitive, and he has caused deep offense and hurt to the Jewish community. Labour's independently elected National Constitutional Committee has found Ken guilty of bringing the party into disrepute and suspended him for two years," said Labour leader Jeremy Corbyn.

Now Corbyn — already facing falling membership and deep divisions within his party over the Brexit fallout — is having to handle to Livingstone scandal, which is further opening rifts within his own party and supporters.