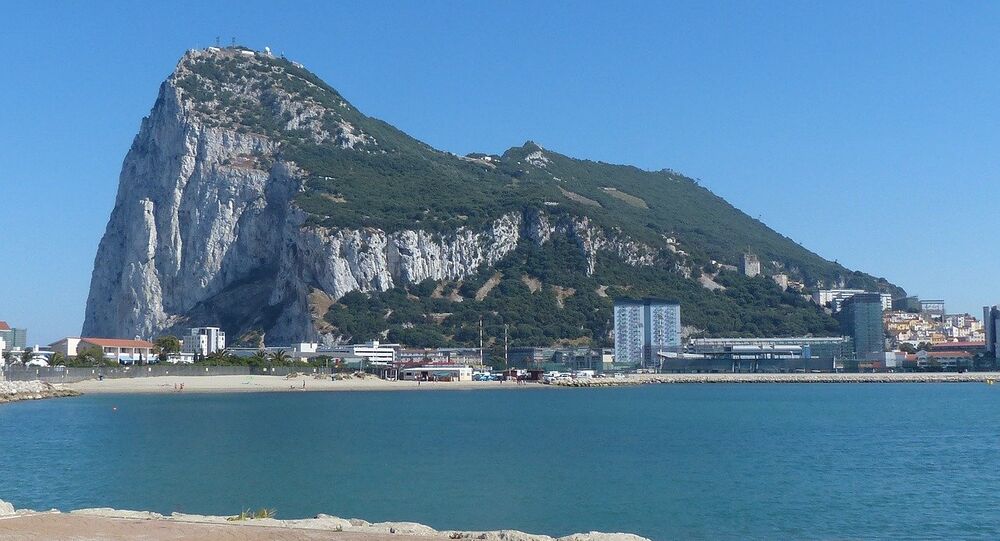 The EU’s top Brexit negotiator Michel Barnier has called on Britain to "keep calm and negotiate" amid a deepening row with Spain over Gibraltar. Radio Sputnik discussed the issue with Jamie Trinidad, a practicing barrister and a Fellow of Wolfson College, Cambridge and the Lauterpacht Center for International Law.

When asked if he could confirm that Gibraltar would remain under British sovereignty, Barnier said, “judicially speaking, Gibraltar will exit the Union at the same time as the UK.”

However, Gibraltar’s Chief Minister Fabian Picardo has vowed the territory will not be used as leverage in the upcoming Brexit talks.

In an interview with Sputnik, Jamie Trinidad said that the mere thought that Britain and Spain could go to war over Gibraltar seems ridiculous because Brexit is fundamentally an issue of trade and, possibly, talks about security, but the sovereignty of Gibraltar is not going to be on the table.

© REUTERS / Jon Nazca
This is How EU Could Use Gibraltar Issue to Make Britain Pay Up Over Brexit
“I’m not saying that Spain might not try to use the negotiations as leverage, but I think that both Britain and Spain realize that there can be no change in the sovereignty of Gibraltar without the consent of its population,” Jamie Trinidad said.

He added that Britain has a great deal of interest in maintaining trade ties with Spain. Spain, which has a huge trade deficit with the UK, is likewise willing to do business with Britain, Brexit or no Brexit.

“There are many UK citizens living in Spain and many Spanish nationals working in Britain. I think it is in everybody’s interest to have a good deal, so I don’t expect the issue of Gibraltar’s sovereignty to become a determining factor here,” Trinidad observed.

He added that Spain would like to have a co-sovereignty deal on Gibraltar, but even so, it would never get control of the British military base there.

“Even taking Spain’s claim at its highest, this is not going to result in full Spanish sovereignty over Gibraltar,” Jamie Trinidad said.

Speaking about Britain’s huge trade deficit with Spain and the large number of Britons working in Spain and vice versa, Jamie Trinidad said that both the UK and Spain want to maintain their close trade ties and that Britain’s exit from the EU would have little impact on these ties.

“Ninety percent of Gibraltar’s trade is done with the UK, so I don’t think that Gibraltarians will sell their sovereignty for their continuing membership of the EU and that’s the price that Spain imposes on them,” Jamie Trinidad noted.

Earlier this week Spanish Foreign Minister, Alfonso Dastis urged the British government to keep a cool head in the negotiations over the future of Gibraltar.

Tensions between London and Madrid escalated last week after the EU appeared to hand Spain a veto over the territory’s future in Brexit talks.

© AFP 2021 / Jorge Guerrero
May, Tusk Agree to Defuse Gibraltar Tensions in Brexit Talks
Meanwhile, according to the Gibraltar government, a Spanish patrol ship entered its territorial waters on Tuesday. The warship was told to leave by a Royal Navy unit from the Gibraltar squadron.

The British Foreign Office described the incident as an unlawful maritime incursion. Gibraltar became a British Oversees Territory in 1713, after it was taken from Spain. The latter, however, continues to lay claims to the area.

On Sunday British Prime Minister Theresa May stressed that the UK remains committed to supporting Gibraltar and would never negotiate its sovereignty.