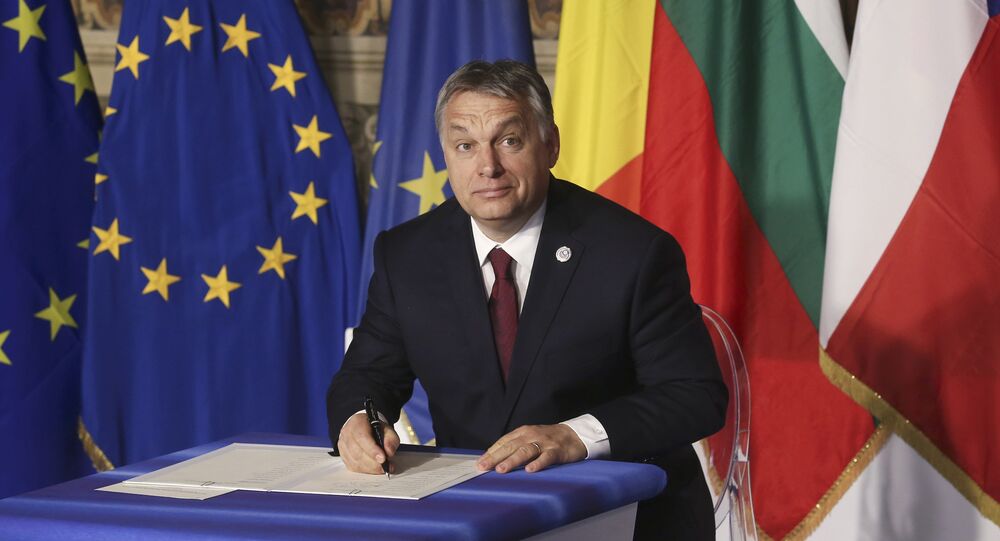 Members of the European Parliament are calling on the EU Commission to investigate - and possibly take legal action against - Hungary after it passed a law effectively closing the internationally renowned Central European University (CEU), founded by Hungarian-born billionaire George Soros.

The Hungarian Parliament, April 4, passed a motion effectively preventing the Soros-backed CEU from operating as an educational institution in the country. It brought an immediate backlash from academics and politicians who said it was a deliberate act to silence Soros, who has been critical of Hungarian Prime Minister Viktor Orban.

Now MEPs are calling on the Commission to investigate the affair and possibly launch action under Article 7 of the Treaties of Europe, as they believe Hungary — an EU member state — is in breach of the Rule of Law principle on which the EU is founded.

​"Month after month, we are seeing the situation of fundamental rights in Hungary continuously deteriorate under Viktor Orban's regime. The latest attack is on academic freedom through the law designed to shut down independent universities — in particular the Central European University — in order to silence critical thinking against Orban, said European United Left /Nordic Green Left (GUE/NGL) President Gabi Zimmer.

​Hungary is under further pressure from within the EU after the government decreed that Hungarian NGOs that receive US$25,000 from foreign sources should have to register with the authorities and represent themselves to the public as foreign-funded organizations.

"NGOs have consistently alerted the European Commission to these breaches of European and international law, providing strong evidence of how Orban's government is curtailing freedom of the media, sustaining attacks against NGOs, restricting citizens' rights in the name of 'anti-terror measures' and conducting widespread abuses of refugees' and migrants' human rights," Zimmer said.

There was also harsh criticism over the university affair from the European People's Party — of which Orban's Fidesz party is a member. Its leader Manfred Weber called for an EU investigation and said academic freedoms were under threat.

Freedom of thinking, research and speech are essential for our European identity. @EPPGroup will defend this at any cost. #CEU

Once the @EU_Commission has come to an assessment, we expect the Hungarian Government to comply with it. #CEU