The leaders of Russia, France and Germany agreed to maintain contacts regarding the Ukrainian crisis resolution.

MOSCOW (Sputnik) — Russian President Vladimir Putin agreed in phone talks with his French and German counterparts to maintain contacts in the Normandy format on resolving the Ukrainian conflict, the Kremlin said Tuesday.

"It was agreed to continue contacts in the 'Normandy format', including taking into account the results of the upcoming consultations among assistants on April 6," the Kremlin said.

Putin spoke for the prompt launch of efforts to implement the political aspects of the Minsk ceasefire agreements, the Kremlin added in relaying his talks with French President Francois Hollande and German Chancellor Angela Merkel.

"In discussing the current situation in southeastern Ukraine, main attention was paid to the need to ensure a stable ceasefire along the entire contact line," the Kremlin said of the three leaders' phone talks. 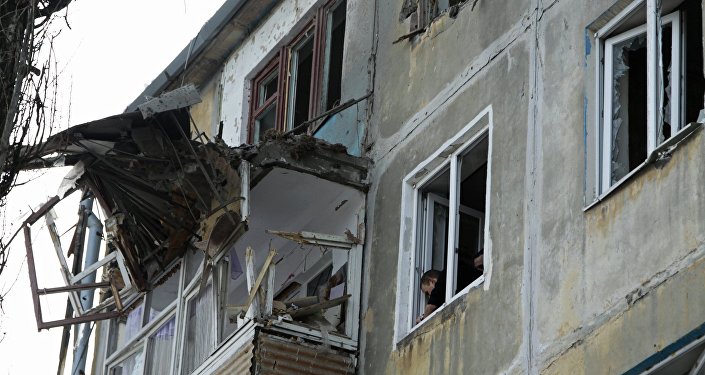 © Sputnik / Sergey Averin
Kiev 'Likely to Resume Blockade and Shelling in Donbass' After Receiving New IMF Loan
The Donbass conflict erupted in April 2014 as a local counter-reaction to the West-sponsored Maidan coup in Kiev that had toppled President Viktor Yanukovych in February. Residents of the Donetsk and Lugansk regions held independence referendums and proclaimed the People's Republics of Donetsk and Lugansk. Kiev has since been conducting a military operation, encountering stiff local resistance.

Kiev Lost Control Over Donbass Due to Blockade - Poroshenko