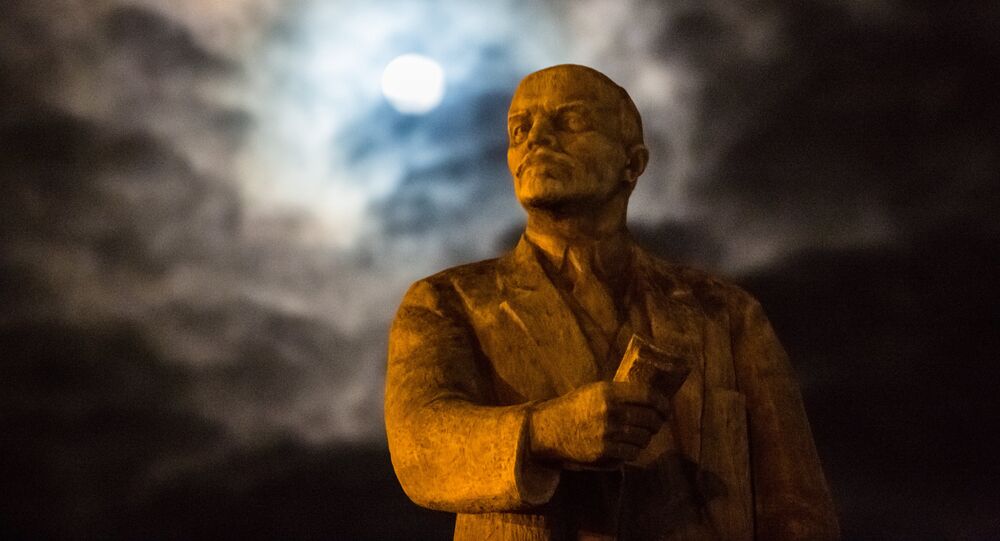 A massive monument to Vladimir Lenin was purchased by an anonymous buyer during an auction in Western Ukraine. Ironically, the Bolshevik leader came to the rescue during a massive "de-communization" campaign in Ukraine.

© AP Photo / Mindaugas Kulbis
Gimme, Gimme More! Poroshenko Hopes EU to Adopt ‘Marshall Plan’ on Extra Financial Aid to Ukraine
The monument, a statue of Vladimir Lenin that is over four-meters tall and weighs roughly three and a half tons, was originally installed in the center of the city of Chop, located in western Ukraine near the borders with Slovakia and Hungary.

During the "de-communization" campaign that followed in the wake of the 2014 coup, the city authorities dismantled the monument.

However, unlike other Ukrainian cities, which generally sold their toppled statues of Lenin for scrap, the Chop authorities opted instead to sell off the massive sculpture to the highest bidder – an unprecedented move in the history of post-Euromaidan Ukraine, according to Sputnik Radio.

The auction was attended by only one anonymous buyer who purchased the monument for about $10,000 – a sum far greater than the price of the metal the statue is made of, which suggests that the sculpture won’t end up as scrap.

It should also be noted that the money earned through this auction became a welcome addition to the ailing city budget.

At least 637 monuments to Vladimir Lenin in cities all over Ukraine were toppled in the year following the 2014 Euromaidan coup in Kiev as part of the campaign waged by Ukrainian nationalists against relics of the country’s Soviet period.