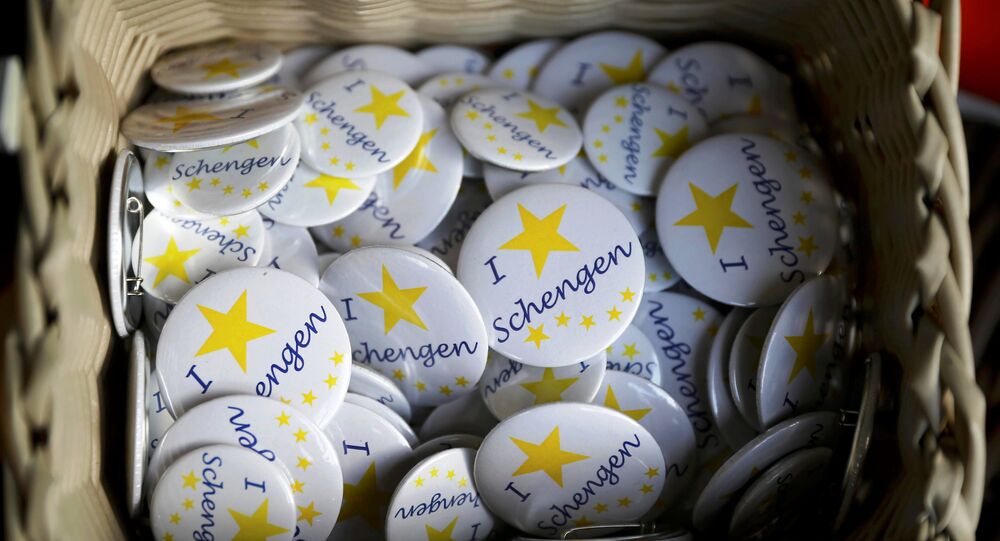 Slovak Foreign Minister Miroslav claimed that the European Union "should not be afraid" of the Schengen Zone's expansion, calling for accession of Bulgaria and Romania to the free travel area.

PRAGUE (Sputnik) – Bulgaria and Romania should become members of the Schengen Area as the countries have met the accession criteria and the delay is caused by political reasons, Slovak Foreign Minister Miroslav Lajcak said.

“We need the operating Schengen [area] and we should not be afraid of its expansion. I believe that the Schengen area should include Bulgaria and Romania because these two countries fulfilled the necessary technical requirements. The delay of granting them membership [in the Schengen Area] has political, not technical character,” Lajcak said on Saturday, as quoted by the Teraz media outlet.

He also pointed out that it was necessary to improve control at external borders of the Schengen Area.

© AFP 2021 / ANDREAS SOLARO
EU's 'Lack of Common Interests' Renders Italy's Defense Schengen Idea Unworkable
“There are still measures that can be taken to strengthen our external borders. We do not want to see borders within the Schengen Area,” Lajcak said.

He added that one of the key issues of the 2015 migration crisis was lack of exchange of information between Schengen member states.

The Schengen Area comprises 26 European states that have agreed to abolish border control. Bulgaria and Romania as well as Croatia and Cyprus want to join the area while the United Kingdom and Ireland refused to revoke border control.