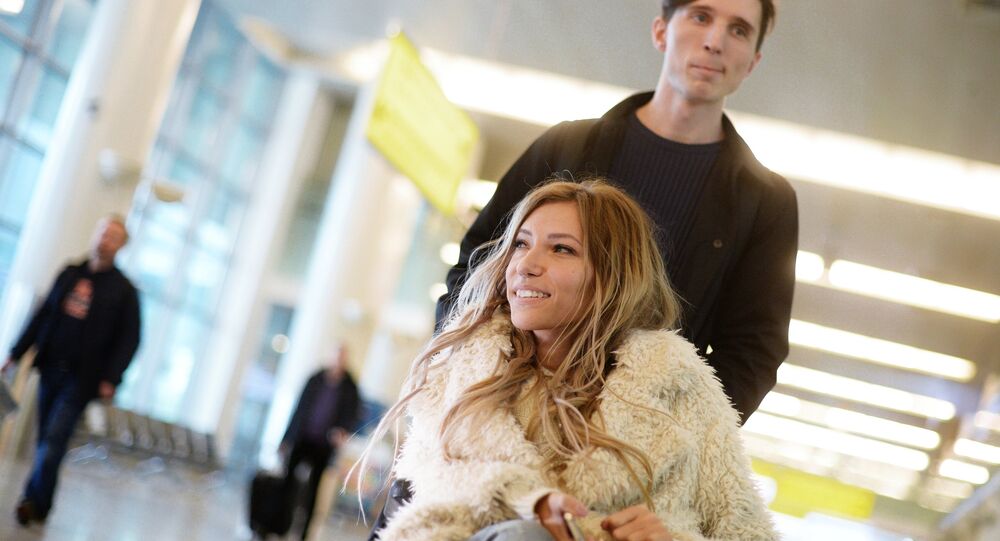 Ukraine will not make concessions to Russian 2017 Eurovision contestant Yulia Samoilova, whom the Security Service of Ukraine (SBU) has banned from entering the country, despite some countries' desire to withdraw from the song contest, Ukrainian Foreign Minister Pavlo Klimkin said Friday.

BRUSSELS (Sputnik) — Earlier on Friday, the European Broadcasting Union published a letter of its Director General Ingrid Deltenre to Ukrainian Prime Minister Volodymyr Groysman warning that a number of European countries were considering withdrawal from the Eurovision contest after Kiev decided to impose an entry ban on the Russian singer.

"No concessions, formal or informal, are being discussed, we are talking about implementation of the law. If the law is violated, we cannot talk about any steps," Klimkin said when asked whether Samoilova should be allowed to participate in Eurovision in connection with a possible boycott of the competition by other countries.

© AFP 2020 / JONATHAN NACKSTRAND
Several States May Boycott Eurovision Over Ban on Russian Singer – European Broadcasting Union
On March 22, the SBU imposed a three-year entry ban on Samoilova, citing the singer's alleged "violation of the Ukrainian legislation." Samoilova visited Crimea in 2015 to perform at a concert without first obtaining a permit from Ukraine despite the fact that since 2014 the region belongs to Russia following a popular vote in a referendum to rejoin Russia. In accordance with the country's law, Ukraine may ban entry for foreigners who had visited post-referendum Crimea without a permit from Kiev.

Ukraine won the right to host the Eurovision contest this year after the song "1944," performed by Ukrainian singer Jamala, ended up winning the 2016 contest. The contest is scheduled to take place in Kiev on May 9-13.

European Broadcasting Union Stands Up for Russia's Participation in Eurovision