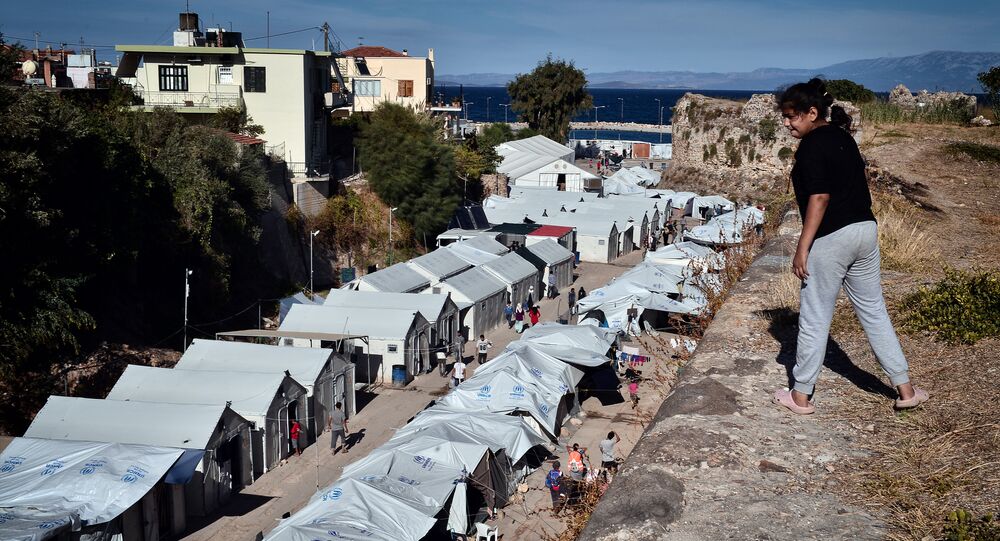 The situation at refugee camps on the Greek island of Chios is becoming critical due to delays in the asylum application process, Greece's Migration Minister Yiannis Mouzalas said on Friday.

© AFP 2021 / LOUISA GOULIAMAKI
Mayor of Greek Chios Island Urges Closing Suda Camp Amid Migrant Riots
MOSCOW (Sputnik) — The statement was made a day after a Syrian refugee attempted to commit suicide at one of the migration facilities on Chios.

“The situation on Chios is exceeding its limits,” Mouzalas said, as quoted by the Ekathimerini media outlet.

He said that 2,500 refugees and migrants have already been transferred from the island to the Greek mainland, while 1,200 more have moved by themselves.

From Mouzalas' point of view, the best way to solve the issue of Chios refugee camps is to make the asylum application process faster and create closed reception centers to ease the return of migrants to Turkey. This initiative was denounced by the Syriza ruling party back when it was in opposition.

Europe has been beset by a massive refugee crisis, with hundreds of thousands of undocumented migrants fleeing their crisis-torn homelands in the Middle East and North Africa to escape violence and poverty. The majority of them cross the Mediterranean Sea and arrive in the European Union using southern EU nations as transit points.