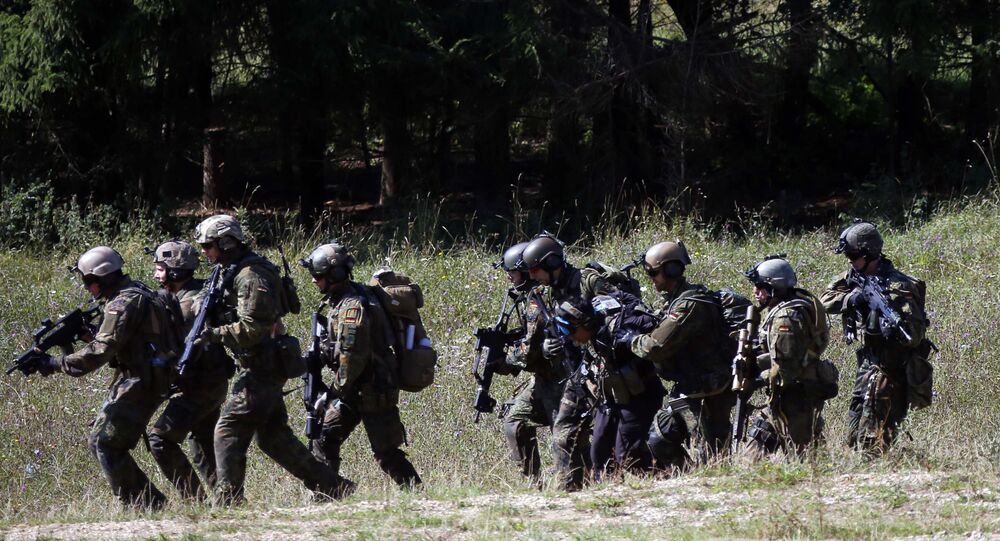 Knowledge of Russian Not Requirement, Just Advantage for Extras in NATO Drills

Germany's recently published job offer for ordinary civilians to participate as extras in the US-led NATO military drills aim to ideally target those with good knowledge of German and English, with knowledge of Russian only listed as an advantage, German Optronic HR company told Sputnik on Friday.

© Sputnik / Grigoriy Sisoev
West Seeks to Demonize Russia as Enemy, Threat Amid NATO Drills – Lawmaker
BERLIN (Sputnik) — Optronic confirmed on Thursday that it had posted ads offering Russian speaking extras a daily wage of 88-120 euros ($94-$129) to pretend to be farmers, shop owners and other improvised local residents in fictitious villages set up at the Hohenfels training grounds for upcoming April 28 — May 15 NATO drills.

"We are seeking for role players with good German and English in the first place. Additional language skills in Arabic, Pashto, Dari, Russian, Polish or Czech are an advantage," Optronic said, commenting on their recent advertisement.

Earlier in the day, a senior Russian senator Alexei Pushkov said the job offer serves to signal for preparations for full-scale war against Russia.

According to the chairman of the Russian upper house of the parliament's Defense and Security Committee, Viktor Ozerov, the NATO-US plans to hold drills in Germany with the participation of the Russian-speaking extras are an attempt to put pressure on their own lawmakers and people to obtain grounds for NATO expansion in Eastern Europe.