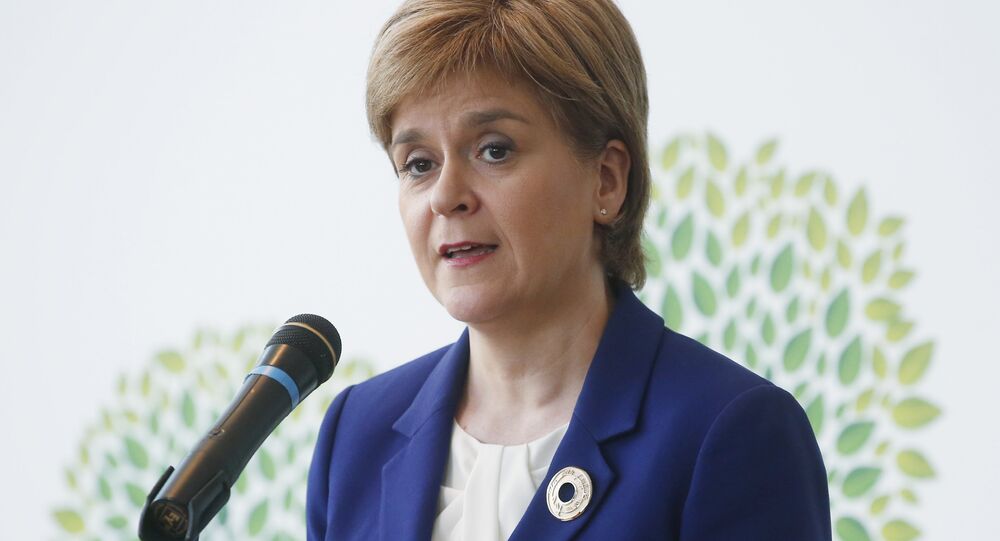 The Scottish government has released a photo showing Sturgeon finalizing the Section 30 letter to Prime Minister Theresa May, at her residence in Edinburgh.

​The letter is expected to be sent to May's office on Friday, the BBC reported.

© REUTERS / Russell Cheyne
'It's Unclear Whether Brexit Can Persuade Scots to Leave the United Kingdom'
This comes a day after May sent a letter to European Council chief Donald Tusk notifying him of UK’s decision to leave the European Union.

Sturgeon said earlier a referendum could take place amid Brexit, between fall 2018 and spring 2019, but May said the time was not right.

Scotland voted to stay in the United Kingdom in 2014. A large majority of Scots also backed continued EU membership in last June’s referendum but was outvoted by EU-weary England and Wales.