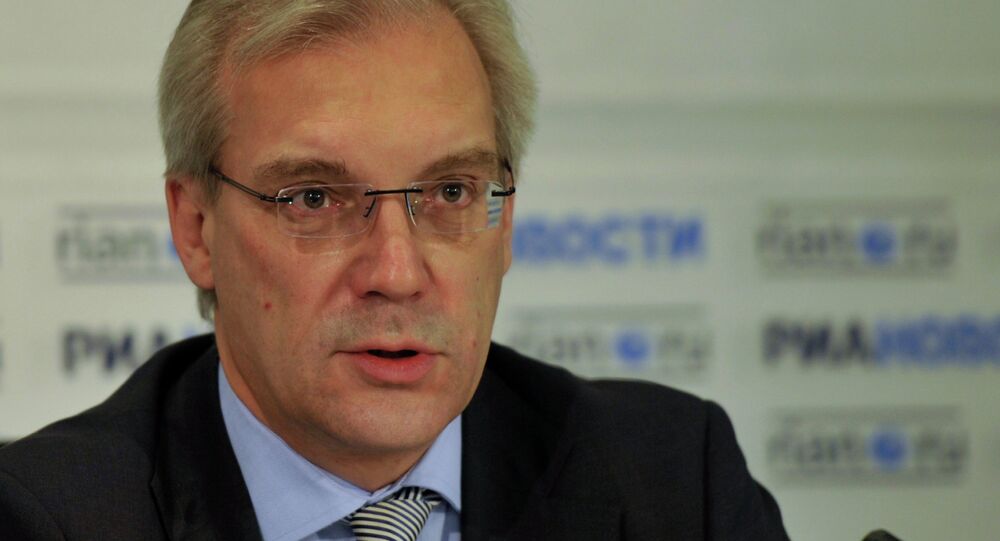 NATO military buildup on its "eastern flank" is an attempt to draw demarcation lines in Europe that could lead to a new round of an arms race, Russian envoy to NATO Alexander Grushko said Thursday.

© AP Photo / Matthias Schrader
Germany's Optronic HR Confirms Hiring Russian-Speaking Extras for NATO Drills
BRUSSELS (Sputnik) — According to Grushko, NATO attempts to draw demarcation lines in Europe could only lead to the resumption of the arms race, "which is obviously not in the interests of the European nations."

"These [NATO] efforts form a new military reality, which we cannot ignore. In essence, they are trying to draw us into a confrontation to justify the need for the Alliance," Grushko said following a Russia-NATO meeting at the level of ambassadors.

Russia-NATO information exchange on military activity is not enough to ensure the improvement of the security situation in Europe, Russian envoy to NATO Alexander Grushko said Thursday.

"I don't want to downplay the importance of such an info exchange, but we all realize that it is not enough to achieve real success in the improvement of the security situation," Grushko told reporters following a Russia-NATO meeting at the level of ambassadors.

"A dialogue for the sake of a dialogue will not bring results if the discussions are not followed up by concrete actions and decisions," Grushko stressed.

NATO decided to cut down cooperation with Russia after the outbreak of the Ukrainian crisis in 2014 when the Alliance accused Russia of annexing Crimea and meddling in the war in Donbass. Russia rejected being involved in the violence in Ukraine and stressed that Crimea rejoined Russia in accordance with democratic norms. NATO-Russian cooperation resumed in 2016 when several meeting of the NATO-Russia Council (NRC) were held.