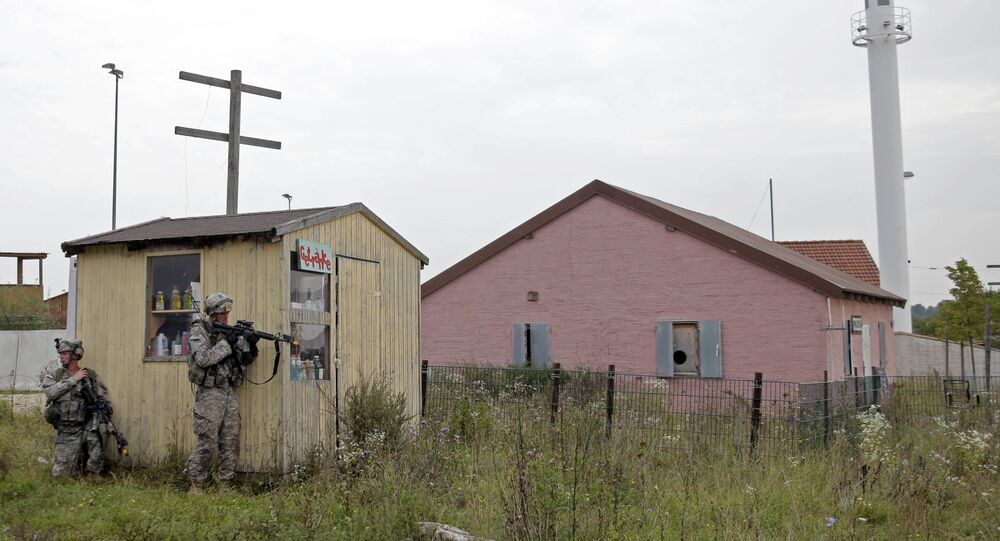 Germany’s Federal Employment Agency will look into an ad by a US army-affiliated local firm that is recruiting extras to pose as Russians during NATO drills in Bavaria, its spokesperson told Sputnik on Thursday.

© AP Photo / Geert Vanden Wijngaert
NATO Looking for Russian Extras to Play ‘Civilians on Battlefield’ at Drills
BERLIN (Sputnik) — The ad by Optronic HR has been posted on the Agency’s website as well as on Berlin’s official portal. It offers Russian-speaking extras a daily 88-120 euros ($94-$129) for pretending to be farmers, shop owners and the like in fictitious villages that were set up at the Hohenfels training grounds.

"We must figure out for ourselves where and whom all this came from," a spokesperson with the Bundesagentur fuer Arbeit replied to Sputnik’s request for a comment.

Upper Bavaria’s municipality of Hohenfels is hosting a US army garrison, which operates a NATO training center. The next exercise there is scheduled from April 28 to May 15.

Optronic, which specializes in providing extras to the US army for training purposes, said participation of role players representing civilians in "crisis regions" would provide a realistic practice scenario for US soldiers and was an optimal way of preparing them for overseas missions.