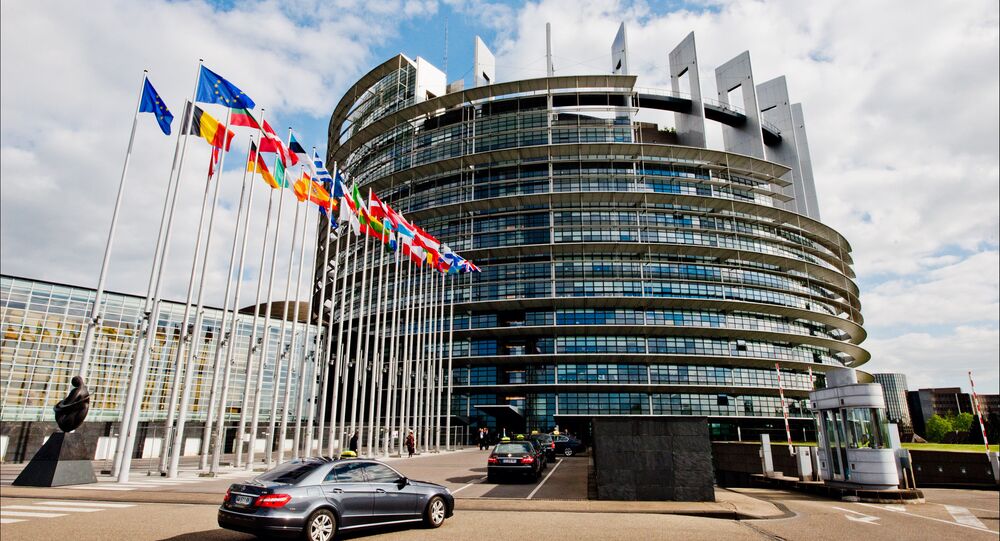 The United Kingdom will have to pay tens of billions of fees already stipulated by the European budget, including those meant to be paid after Brexit, President of the European Parliament Antonio Tajani said on Thursday.

© CC0
EU Parliament Refuses to Offer UK More Benefits Than Member States - EU Brexit Negotiator
ROME (Sputnik) — London will have to fulfill "all commitments undertaken until 2020," Tajani said  in his interview with La Repubblica newspaper, adding that if no agreement between Brussels and London is reached during the Brexit negotiations, the European Union will build its relations with the United Kingdom as it would with any non-member state.

Tajani continued to state that if no deal is struck, the partnership between Brussels and London "will be controlled by the norms of the [World Trade Organization] WTO, which include among others tariffs for the goods."

In order to help maintain good relations between the European Union and the United Kingdom, in particular in the area of counterterrorism and defense, Tajani stressed that it is crucial a "clear agreement" is reached during the talks.

"We are hoping that the talks will be successful, and the European Union will be able to speak on the issue of the agreement at the beginning of 2019," the head of the European Parliament said.

© AFP 2020 / James Glossop
Theresa May in Battle to Keep Scotland in UK, Britain Out of EU
Earlier in March, European Commission President Jean-Claude Juncker confirmed that the United Kingdom would have to pay a "divorce bill" of some 60 billion euros ($64 billion) as the Brexit negotiations begin. UK Brexit Secretary David Davis, in turn, stated that London had not yet received any such submissions from the European Commission, adding that the times when the United Kingdom pay large sums to the European Union were "coming to an end".

The United Kingdom's exit from the European Union formally began on Wednesday, after it was confirmed that a letter triggering Article 50 of the Lisbon treaty, penned and signed by UK Prime Minister Theresa May, was delivered to European Council President Donald Tusk. According to Article 50, the United Kingdom now has two years to complete the negotiations, and must leave the European Union on March 29, 2019.

The talks between London and Brussels are expected to be mainly focused on the issue of mutual recognition of the rights of EU nationals in the United Kingdom and UK citizens in the European Union, as well as on maintaining free access to the markets and freedom of movement. The talks are expected to begin as early as this coming May.