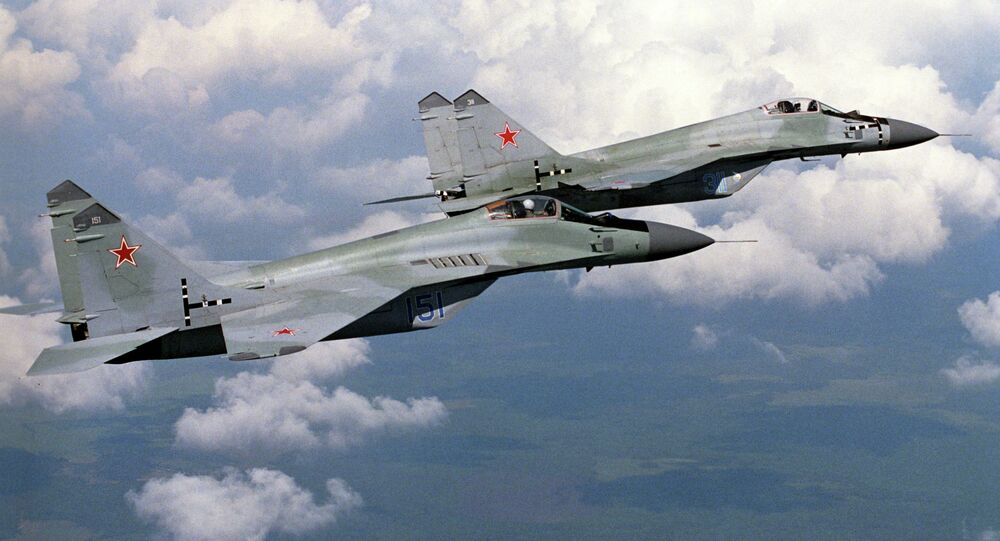 Major-General Dr. Bojan Zrnic, the head of the defense technologies department at the Serbian Defense Ministry, spoke to Sputnik Serbia in an interview explaining why Serbia is set to acquire Russian MiG jet fighter aircraft.

© Photo : Srdjan Popovic
Brothers-in-Arms: Russia Helps Serbia to Modernize Its Air Force Fleet
Currently, Serbia awaits the delivery of six Russian MiG-29s. The exact date of this delivery will be known only after the relevant documents are signed by Vladimir Putin and all the technical details are mutually agreed upon.

Nevertheless, the representatives of the Serbian army have already expressed great satisfaction over the fact that the jets will be delivered from Russia and not any other country.

Talking about why it is important for Serbia to receive the jets from Russia, Zrnic said, “I think this is an absolutely normal reaction given the traditionally good and friendly relations between our countries especially in regard to defense.”

He further said that the armed forces of Serbia continue to possess a large quantity of military equipment that was produced back in the USSR and in recent years they have also acquired modern ones, such as Mi-17 helicopters, which were bought from Russia last year.

“Our entire fighter aircraft fleet was made in the USSR. Therefore, this perception of Russian aircraft is quite logical and even more so because the quality of Russian weapons has been proven in practice both here and around the world,” the head told Sputnik Serbia.

According to him, for many years Serbia had problems with the control and protection of its airspace, since investing in new aircraft was out of reach.

“Procurement of new aircraft is very expensive because in addition to the aircraft itself it is necessary to buy a package of logistical support for the operation of the aircraft, plus a new arsenal of weapons. For our budget that was an impossible task,” Zrnic said.

“Thus, Serbia asked Russia to consider the possibility of donating aircraft for the replenishment of our squadron as right now we only have four MIG-29s,” he added.

© Flickr / mashleymorgan
Blinding Them With Science: Russian MiG-35 to Fire Laser Weapon at Enemy Optics
Talking about whether Serbian pilots will undergo training in order to operate the aircraft after their delivery, the head said that Serbian pilots would train and carry out drills together with Russian pilots.

However, such drills will not set a precedent, as every year Serbian pilots conduct exercises together with their Russian counterparts first in Russia and then in Serbia.

The head stressed that such military drills are “very important for excellent relations” of both countries and their bilateral military cooperation.

Furthermore, the head said that Serbia has asked Russia to consider the possibility of providing technical assistance for the army. “At present, options are being considered and we hope that the matter will have a positive outcome so that we can improve the combat capability and protection of our armored and mechanized units, as well as our reconnaissance units,” Zrnic said.

He noted that a Russian delegation is expected to come in April in order to continue the discussion on this topic.