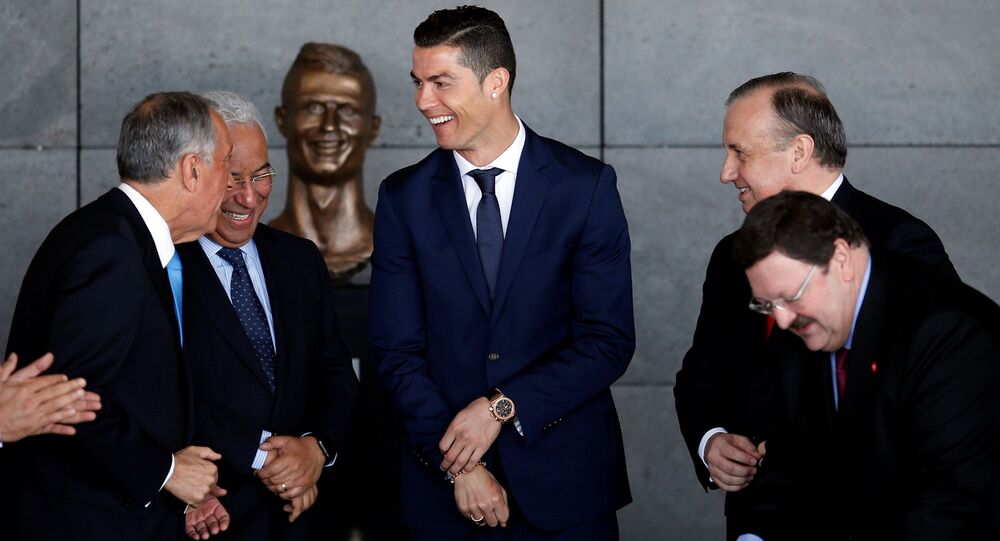 The President of Portugal Marcelo Rebelo de Sousa made the decision to rename the international airport on the island of Madeira after football legend Cristiano Ronaldo. The ceremony took place on March 29, where Ronaldo unveiled statue in his own honor.

Ronaldo, who was born on the island, in Funchal, the capital of Madeira, has been honored after becoming Portugal's most successful footballer. He currently plays for Spanish club Real Madrid.

For a very handsome man, Ronaldo has had some appalling luck with statue-makers pic.twitter.com/M74YEDng4c

The international airport will use the name "Cristiano Ronaldo" and to honor the special occasion, a ceremony took place, where the footballer, his family and over 250 quests were present. The president and Prime Minister Antonio Costa, as well as various regional government officials were also present at the ceremony.

When you send the statue guy a picture of Niall Quinn instead of Cristiano Ronaldo #Awkward 😂 pic.twitter.com/0VR8qPskVF

Politicians and government officials on the island decided to change the name of the airport after Ronaldo's success during the Euro 2016 games, when the Portuguese national football team beat France 1-0 to win the prestigious championship.

The 31-year-old Real Madrid star took the European Championship trophy to the island, where he has already become immortalized.

Please don't let Article 50 distract you from the unveiling of the most gloriously awful bust of Cristiano Ronaldo at Madrid airport pic.twitter.com/fcyeFjdVUe

​Funchal already has a Ronaldo bronze statue and museum named after him, whilst the star also owns the a luxury hotel on the island. Football aside, Ronaldo has a number of business ventures that include his own clothing line and fragrance.

He returned to the airport on March 29 where the renemaing ceremony took place and was greeted by hundreds of fans. As the multimillion sports star won't be retiring anytime soon, it will be interesting to see what is named next in honor of Portugal's national hero.