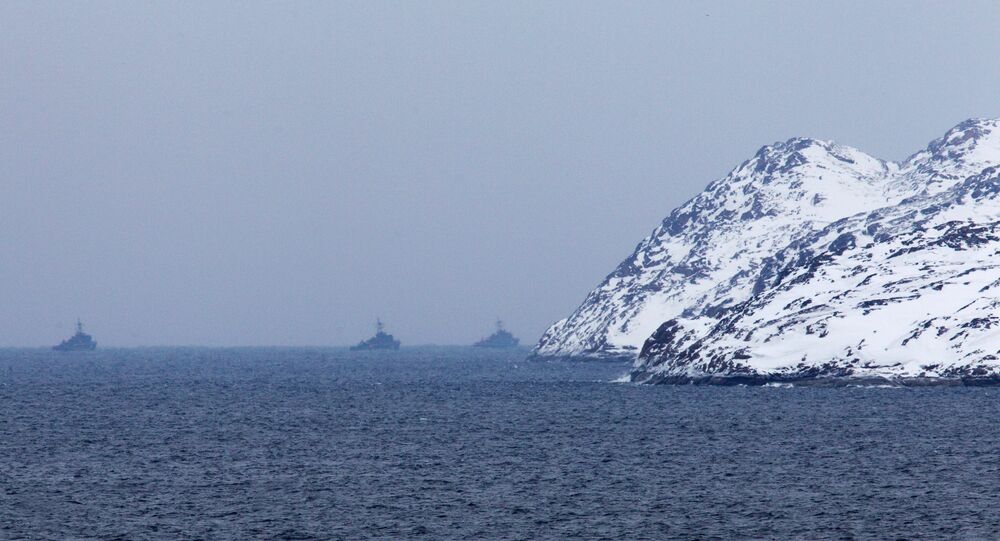 On March 29-30, the Russian city of Arkhangelsk is hosting an international forum called "Arctic: Territory of Dialogue." The main issues on the agenda are human resources, investments in the region, exploration of the Artic and environment protection.

© AP Photo / Dmitry Lovetsky
Putin to Visit Russia's Franz Josef Land Archipelago Ahead of Arctic Forum
This year, the fourth such event will be held; it will be focused on social and economic problems, rather than politics. It is expected that Russian President Vladimir Putin, Finnish President Sauli Niinisto and Icelandic President Gudni Th. Johannesson will deliver closing speeches.

The forum in Arkhangelsk is taking place a month before the Arctic council, an intergovernmental platform for the Arctic nations. This year, the council will meet in Fairbanks, Alaska in the United States. It will involve representatives of the US, Russia, Canada, Denmark, Finland, Iceland, Norway and Sweden.

The council was established in 1996 to address the problems faced by the Arctic countries and their indigenous people. At the same time, the Council cannot discuss military issues.

Why the Arctic is Important

According to actual estimates, oil reserves in the Arctic Region total nearly 10 billion tons, or 13 percent of global proven reserves. Moreover, the region is believed to have some 44 trillion cubic meters of natural gas.

One effectively can’t overestimate the military and strategic significance of the Arctic. For example, it is almost impossible to detect the launch location of a sea-based missile. The Arctic’s ice sheet prevents defense networks from detecting nuclear submarines. In addition, missiles launched from the region could reach their target in a much shorter period of time.

Furthermore, major transportation routes could soon run through the Arctic Region. The melting of ice due to global warming facilitates navigation in the region, particularly along the Northeast Passage.

"As a whole, the logistics potential, the military factor and natural resources are important not only for the Arctic states, but also for other countries. In the current economic system all countries are involved in global processes. For example, many countries are interested in transportation routes in the Arctic," Russian senator Igor Chernyshenko told RT.

Russia now has a fleet of 40 icebreakers, several of which are nuclear-powered. For comparison’s sake, the US has only four icebreakers and Canada has six; Ottawa plans to build another five.

© Sputnik / Vera Kostamo
Russia to Build Civilian Nuclear Sub for Arctic Researches
Washington is also considering expanding its fleet of icebreakers. In March, the US Coast Guard unveiled a $20 million budget for the development of a new-generation icebreaker. Moreover, American shipbuilding companies want to speed up the construction of such vessels.

As for Russia, the Arktika, the world’s most powerful nuclear-powered icebreaker, was commissioned last year. Another two nuclear icebreakers, the Sibir and the Ural, are expected to be finished and ready in 2019 and 2020. Moreover, the Russian fleet has received three diesel-powered icebreakers – the Vladivostok, the Murmansk and the Novorossiysk.

The construction of heavy-duty nuclear-powered icebreakers is also part of the Russian state Arctic development program.

Russian Military in the Arctic

In recent years, the Russian Defense Ministry has been actively rebuilding Soviet-era infrastructure facilities in the Arctic region. Over 100 facilities are expected to be built by the military north of the Arctic Circle in 2017. As of December 2015, six Russian military bases had been established in the region, including on Franz Josef Land, the Novaya Zemlya archipelago and Wrangel Island.

© Photo : Press-service of JSC PO Sevmash
Russian Nuclear Submarines Hold Underwater Torpedo 'Duel' in Arctic
Earlier, the command of the Russian Aerospace Forces said that a radio-radar shield would protect the Arctic from possible cruise missile launches. By 2018, full-fledged army groups will be established in the region.

The weather and climate conditions in Russia’s Extreme North provide a harsh test, not only for personnel, but also for military hardware. The Russian defense industry is developing several types of military machines designed to operate in such conditions. For example, the Russian military recently received several Mi-8AMTSh-VA helicopters. The Mi-8AMTSh-VA twin-engine helicopter is specially designed to perform missions for the Russian Armed Forces in Arctic environmental conditions.

In February, tests of Russian military equipment specially designed for Extreme North conditions kicked off in the Arctic.

US, Russia Join 6 Arctic States in Pact to Cooperate in Maritime Emergencies