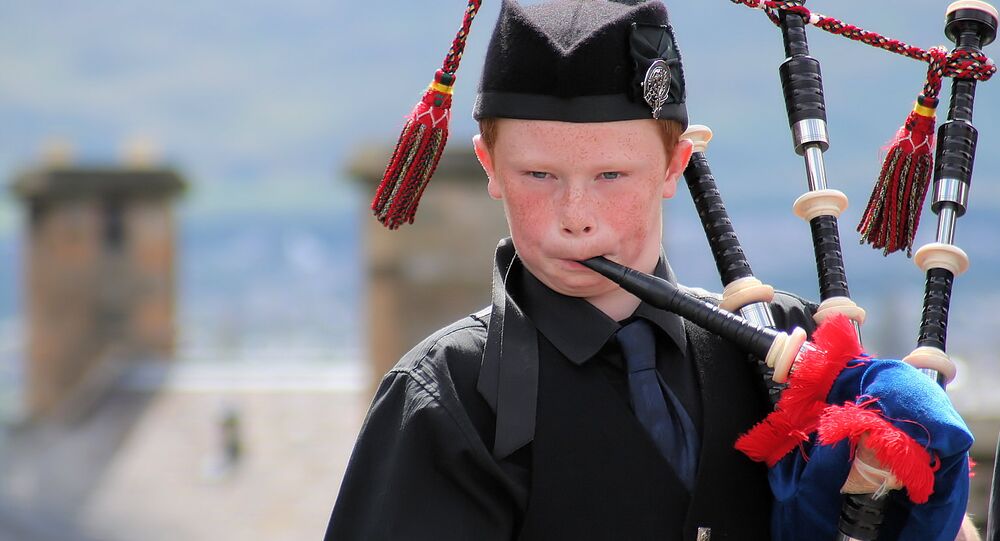 On Tuesday, the Scottish parliament voted for a second independence referendum and passed a motion to authorize First Minister Nicola Sturgeon to start negotiations with the British parliament on a breakaway vote. Tuesday’s vote came less than a week after the original debate was suspended following the terror attack in London last Wednesday.

The majority of votes for a second independence referendum, proposed by Sturgeon, came from her ruling Scottish National Party, as well as the Scottish Greens, who prevailed over the pro-Union-minded Laborites, Conservatives and Liberal Democrats.

© Photo : Pixabay
New Referendum on Scotland's Independence to 'Be Very Risky for UK Government'
Sturgeon originally planned to  hold a plebiscite even before the Brexit procedure was over, but eventually backed off  after British Prime Minister Theresa May intervened, arguing that “now  is not the time" and insisting that people should first learn the results of the Brexit talks before asking for another referendum.

She added that her focus now was on getting a good Brexit deal that would benefit both Britain and Scotland.

Meanwhile, British Labor MP Steve McCabe told RT that London should let Edinburgh hold a referendum if this is what the Scottish people really want.
“However, the Scottish vote should not be allowed to stand in the way of Brexit,” he warned.

“If the people want another referendum, so be it, but we can’t afford walking in circles with the SNP members, unhappy with the results of a previous vote, holding new referendums every ten years,“ the Labor lawmaker insisted.

The first Scottish independence referendum took place on September 18, 2014. It resulted in Scotland remaining part of the United Kingdom as 55.3 percent of voters opted to stay in the UK.

The second Scottish independence referendum was triggered by Britain’s decision to leave the European Union. A sizable 62 percent of Scottish voters rejected Brexit and the local nationalists jumped at the opportunity to revive their own independence agenda.

“Nationalist and centrifugal forces have always been strong in Scotland. The Scottish Nationalist Party came to power on the strength of separatist slogans and they are now doing exactly the same thing calling for a second independence referendum,” Moscow-based political analyst Stanislav Byshok, said in an interview with RT.

He added that Westminster was now more concerned about Brexit though.

Meanwhile, the EU appears to be in no rush to bring Scotland on board. If they decide to break away from the UK, the Scots will join the line of countries knocking on Brussels’ door.

© REUTERS / Luke Macgregor
Sturgeon: Independent Scotland to Keep Pound, Apply for EU Membership
“Scotland’s accession is not a big priority for the EU now that Brussels has its hands full with Brexit. I think that they could even ask the Scots to take their time joining,” Alexei Sindeyev, a senior researcher at the Institute of European Studies in Moscow, told RT.

Meanwhile, recent polls show that the share of people in Scotland willing to break away from the UK is even smaller that during the 2014 referendum.

The outcome of the second plebiscite will largely depend on the conditions of the British departure from the EU and the economic situation in the UK after Brexit.

“If the post-Brexit economic situation in the UK gets worse, the number of separatist-minded Scots will rise. If it’s business as usual, this would pull the rug from under the separatists’ feet,” Stanislav Byshok noted.

Scotland voted against independence in September 2014, yet the UK’s decision to leave the European Union has revived calls for a second referendum, as the nation overwhelmingly voted to stay in the bloc.