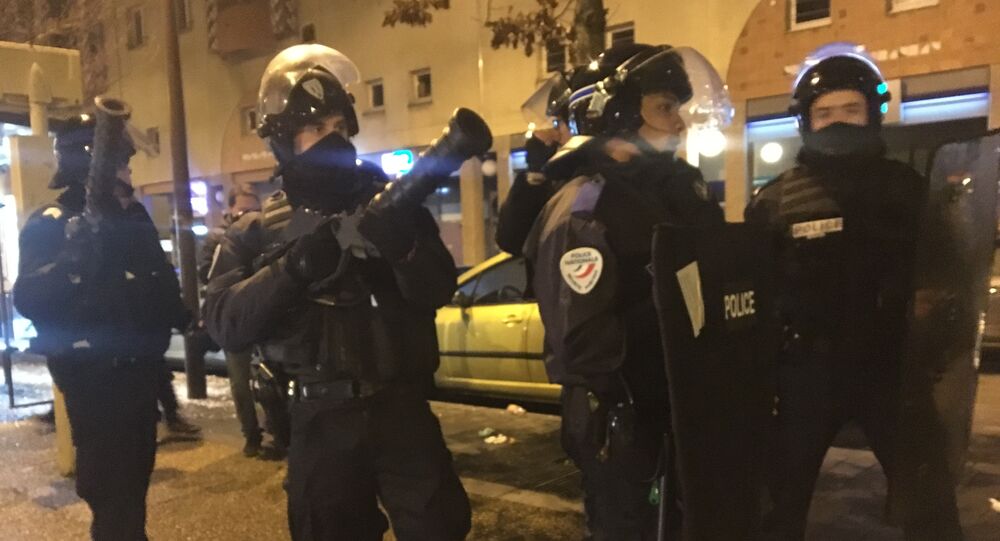 PARIS (Sputnik) — The representatives of the Chinese community of the French capital has been organizing protests for the second night in a row over the killing.

© AFP 2021 / Sonia BAKARIC
China Voices Protest to France After Murder of Chinese National in Paris - Foreign Ministry
Police, responding to the thrown glass bottles and firecrackers, sprayed tear gas. A significant part of the protesters left the square in front of the police station, where a protest rally took place on Tuesday evening.

On Sunday, a 57-year-old man of Chinese origin was killed in a standoff with French police. Chinese media claimed citing the victim's relatives that the officers broke into the individual's house without two warnings and opened fire, while the man was able to injure one policeman with scissors. The police officers reportedly came to the place of the incident after a row between the victim and his neighbor about noise.

On Tuesday, Beijing has filed a protest to the French authorities over the incident.

Also on Tuesday, French media reported that Paris police had arrested 35 people after a rally by the capital's Asian community over the murder of a Chinese man by a policeman turned violent.

Over 60 Protesters Against Labor Bill Arrested in France