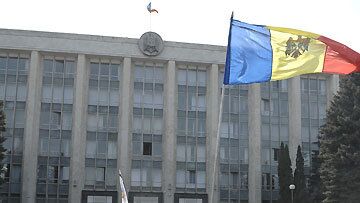 Moldova's Education Minister May Be Fired Over Romania Unification Events

© AP Photo / Andreea Alexandru
Warfare or Welfare? Romania Seeks to Appease Washington by Beefing Up Military
CHISINAU (Sputnik) — On Monday, the Moldovan Education Ministry announced plans to hold events marking the 99th anniversary of the country's unification with Romania in 1918. The order to hold the events was signed by Fusu, who is a member of the pro-Romanian Liberal Party.

"Today, I asked Prime Minister Pavel Filip to dismiss Education Minister Corina Fusu. I asked the prime minister to initiate the dismissal in accordance with the Moldovan constitution… Fusu signed an order to hold events dedicated to the 99th anniversary of unification with Romania," Dodon said at a press conference.

Moldova joined Romania in March 1918 as the Russian Empire disintegrated. A regional parliament proclaimed autonomy and then independence before unconditionally agreeing to join Romania with Romanian troops already in the country by then. Moldova was ceded to the Soviet Union in 1940 and reclaimed from the Axis powers during World War II. Support for rejoining Romania reemerged as the Soviet Union collapsed in the early 1990s, but polls indicate that only a minority still harbors pan-Romanian sentiment. The idea is much more popular in Romania.