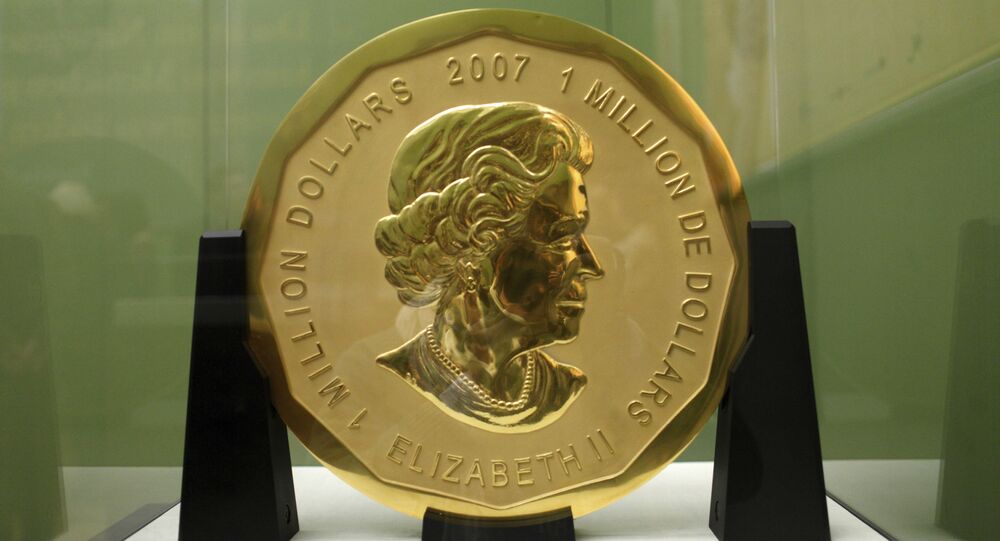 Quite a Steal: Massive Gold Coin Snatched From German Museum

A unique solid-gold commemorative coin weighing more than 200 pounds has been stolen from a museum in Berlin, where it was on loan from a private collector.

The limited-edition coin, struck in 2007 from extremely pure gold, has a face value of one million Canadian dollars (about $750,000), but in weight alone the metal is valued at up to $4.5 million at current market prices.

German police, including art heist experts brought in for the investigation, have not commented on whether surveillance video exists, or on the possibility of an inside job. At 221 pounds, however, the theft of the rare coin from the Bode Museum in Berlin, Germany, is thought to be the work of at least two people.

The disk, one of only a handful struck in 2007 by the Royal Canadian Mint, commemorates a line of Gold Maple Bullion coins. It is about 1.18 inches thick, and is almost 21 inches in circumference, with a portrait of Queen Elizabeth II on one side, and the Canadian Maple leaf logo on the other.

Mexico Announces Alert After Theft of Container With Radioactive Materials

Theft of the Century: Seagull Snatches iPhone on Beach