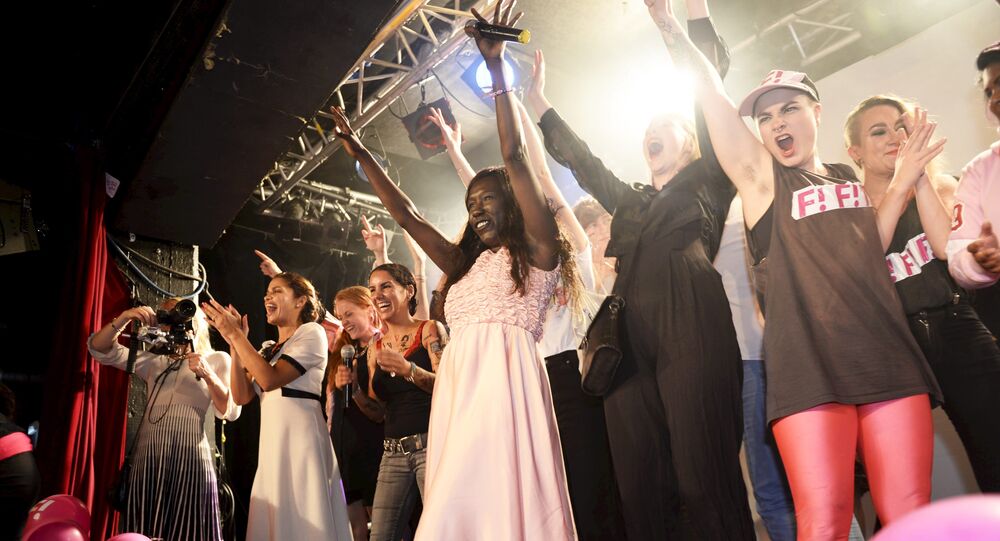 This past weekend, Ugandan-born Victoria Kawesa was elected the first black leader of a European political party at the Feminist Initiative's annual congress. This feat was widely hailed in Sweden, which does its best to maintain its profile as a champion of equality.

© Flickr / Kristaps Bergfelds
Multiculturalism 2.0: Denmark to Get First Muslim PM Only Decades From Now
At the Feminist Initiative (FI) congress in the Swedish city of Västerås, 41-year-old Victoria Kawesa successfully edged out her rivals to co-head Sweden's youngest party alongside its founder and former Left leader Gudrun Schyman, who quit her former party due to illicit tax deductions. Kawesa's nomination was welcomed not only by fellow feminists, but also by the Swedish daily Dagens Nyheter, which hailed Kawesa as Sweden's first foreign-born party leader.

Victoria Kawesa called her skin color "symbolically important," as there has never been a black leader in Sweden before, either foreign born or otherwise.

​In last week's magazine Feministiskt Perspektiv, Kawesa painted a scary image of Sweden as a dangerous and racist country, voicing her fears of the forthcoming appointment.

"I am a black woman in a racist and sexist society, and it is a vulnerable position that may imply attacks, hatred and harassment. I have two small children and I am afraid of it," Victoria Kawesa told Feministiskt Perspektiv.

© Photo : Helfem Facebook
'No Whites Allowed' at Finnish Feminist Forum's Safe Zone
However, Kawesa could not conceal her joy following the nomination.

"It feels great to be the first black leader of a party, not only in Sweden but Europe as well. It is a historic moment, not only for me but for anyone who can relate to being racialized, non-white, but also specifically black African," Kawesa told Swedish national broadcaster SVT. "Who could have known it when I came to Sweden as a 9-year-old refugee?" Kawesa asked rhetorically.

Victoria Kawesa was born in Uganda in 1975. She and her family moved to Sweden and settled in the Stockholm suburb of Tensta. In addition to her career as a feminist, Kawesa is also a gender researcher at Linköping University and lecturer in Gender Studies at Södertörn University.

​At present, FI, which was founded in 2005, is struggling to reach the four percent threshold necessary to enter parliament. According to Kawesa, FI, which is "neither left, nor right" is introducing a new dimension in politics in order to combat the rise of 'Nazism, fascism and nationalism'. In the 2014 national election, FI received its best-ever 3.1 percent of the vote, despite enjoying broad media support and the backing of well-known profiles such as ABBA's Benny Andersson.

© Photo : Twitter/realDonaldTrump
Trump Emerges Unscathed From 'Brawl' With Swedish Feminists
Schyman and FI, under Kawesa's rule, hopes to entice more voters with a new agenda that involves tax hikes, a six-hour working day and a general amnesty for refugees, which would put an end to all deportations. Kawesa herself defended the proposed amnesty by claiming that "no white Swedes end up being deported."

FI has also been pushing for increased immigration, arguing that Sweden possesses all the necessary resources to offer it. Higher taxation is one of the options to provide for the newcomers. So far, FI's perhaps largest achievement is the adoption of gender-neutral terms used in municipal documents in the cities of Uppsala and Malmö. Recent opinion polls indicate a support of around 2 percent of the vote.