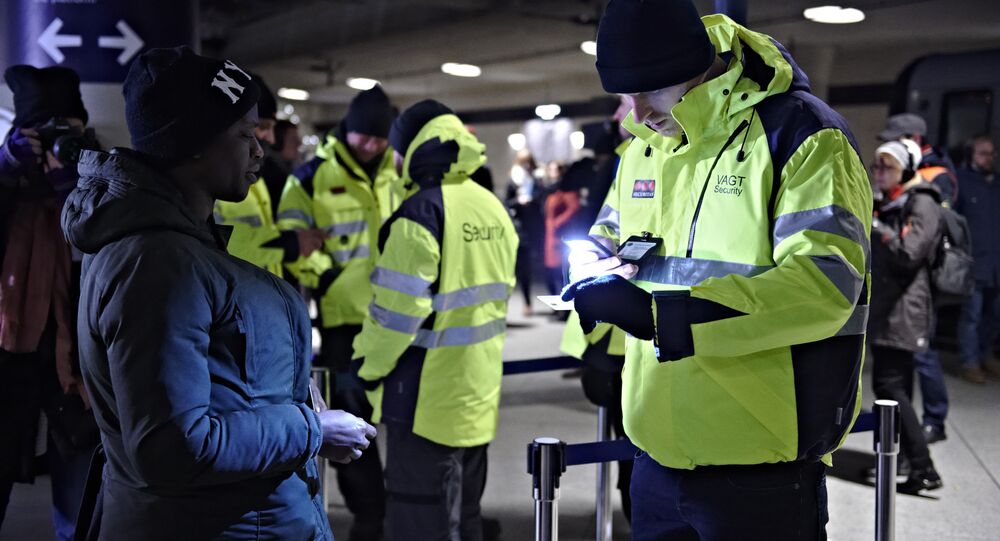 Of late, Denmark, which has seen a dramatic toughening of its immigration laws, has been faced with another migration-related problem. The Danish authorities fear thousands of illegal immigrants will acquire asylum seeker's IDs amid deficient control and the lack of statistics.

© Photo : Pixabay
Denmark Under Fire for Keeping Unspent Refugee Money
In Denmark, all registered asylum seekers are issued plastic IDs for presenting to police officers and the authorities. When an ID is lost, the bearer is automatically issued a substitute, but there is no accounting for the missing card. This opens a plethora of opportunities for abuse, as IDs are repeatedly sold, change ownership and end up being used by illegal immigrants, Danish Radio reported.

Claus Birkelyng of the North Zealand Immigration Center admitted that "asylum cards" are issued automatically once the applicant claims to have lost it. Consequently, there are no statistics on the exact number of the lost cards. An asylum seeker's ID is not equipped with a unique serial number, and the Danish authorities admittedly have difficulties in establishing what happens to a card that "disappears."

Copenhagen Police constable Rud Ellegaard acknowledged numerous cases of people without legal residence trying to identify themselves with somebody else's "asylum cards." According to Ellegaard, dissolving identity suspicions is a long process involving fingerprinting. Another source related to the asylum process told Danish Radio that it was a "well-known fact" that asylum seekers can give their cards away at will or simply sell them. Surprisingly, Danish Immigration Service press officer Nils Bak himself was found to be well aware that asylum seekers may hold more than one ID card, as well as share them with unentitled people.

"It shows very clearly that there is a hole in the system that is needed be plugged," Danish People's Party immigration spokesman Martin Henriksen, chair of the Immigration and Integration Committee, told Danish Radio. "This is not how the system should work. It sounds crazy that we spend a lot of resources on registering people, and then they simply trade their identity this way," he added.

"Given Danes' willingness to help people on the run, they also expect us politicians to be able to figure how to separate the wheat from the chaff and not to help house people who are not entitled to reside in the country," Mattias Tesfaye told Danish Radio.

With another person's ID in their possession, illegal immigrants may obtain a legal basis for cheating and pretending to be asylum seekers. While "asylum cards" formally do not have the status of an official document, very often they are the only ID arriving refugees can produce. Incidentally, an asylum seeker's ID can yield other bonuses, as they are used, among other things, by the Red Cross in connection with accommodation and free meals at reception centers.

The concept of "illegal immigrants" includes foreigners from outside the EU who have arrived in Denmark without a valid visa, as well as asylum seekers who have been refused asylum, yet failed to leave the country. In 2016, at least 18,000 illegal immigrants were found to be living under the police's radar in Denmark, a nation of 5.6 million.