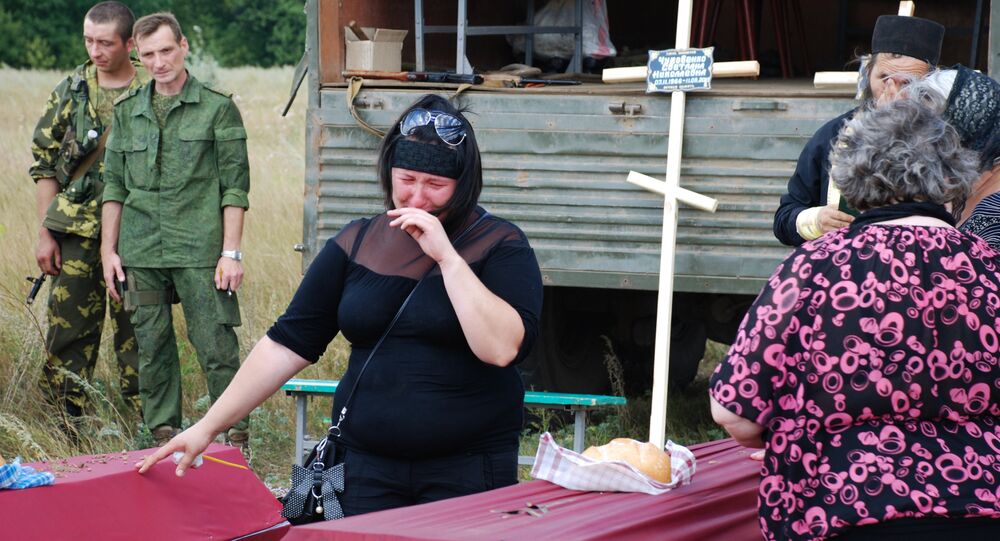 Eight Donetsk People's Republic soldiers lost their lives in the fight against Ukrainian troops over the past week.

DONETSK (Sputnik) – Eight militiamen of the People’s Republic of Donetsk (DPR) were killed and five others were wounded in the fight with the Ukrainian forces over the past week, a spokesperson for the DPR Ombudsman’s Office said Friday.

"From March 17 to March 23, continued attacks on the DPR territory [carried out] by the Ukrainian side resulted in various degrees of injuries to 17 people, including five militia members. Eight militiamen died in the same period," the spokesperson told journalists.

On March 3, the spokesperson announced that 60 people were killed in DPR in January and February and a total of 4,349 people were killed in the self-proclaimed republic since the start of the military conflict in 2014. Two weeks later, UN Human Rights Monitoring Mission in Ukraine (UNMMU) said almost 10,000 casualties had been recorded among the Ukrainian Armed Forces, militias and civilians in Donbass since the beginning of the military conflict.

Thirteen Killed, 11 Injured in Donetsk People's Republic in One Week