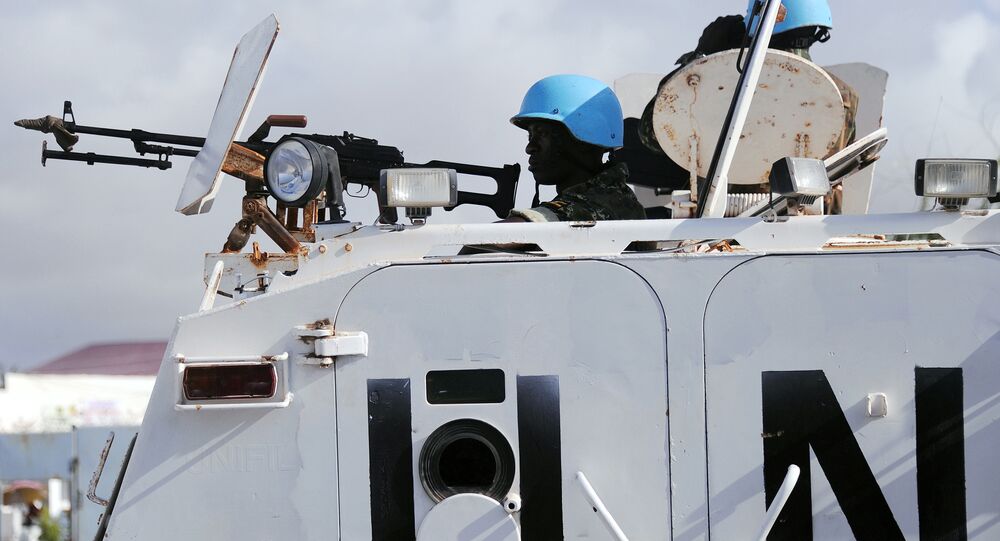 In recent years, several hundred children testified about sexual abuse by UN peacekeeping personnel. Despite all whistleblowing and attempts to draw public attention to the UN's seamy side, only a third of the complaints have led to punitive measures against the suspects.

© AFP 2021 / STR
All Dolled Up: Finnish Foundation Promotes Sex Dolls Against Child Abuse
According to the UN's own statistics, 172 complaints of child sexual abuse were filed against UN staff between 2010 and 2016, with many cases featuring more than one perpetrator. Most notably, two reports from the Central African Republic (CAR) feature a total of 78 victims of child abuse. However, a much higher number of unreported cases is suspected. Nevertheless, only a third of the investigations have led to any measures against the perpetrator.

According to her, the whole UN peacekeeping operations system is built in a way that makes unnecessary publicity and prosecutions against UN staff self-harmful. The peacekeeping operations are in effect and upheld by the UN's 193 member states, which contribute money and personnel. The whole system is dependent on over 100,000 people participating each year. To accuse a country of involvement in child abuse would therefore entail political consequences and potentially drain the UN of both money and workforce.

Additionally, UN personnel enjoy immunity and cannot be tried in the country where they operate, whereas the UN itself does not have legal mechanisms to convict anyone. If a case involves solders or policemen, the accused are sent to their respective home countries, where there is a large risk of losing both witnesses and evidence. Civilians, on the other hand, are investigated by the UN itself and only risk administrative punishment, which amounts to employment termination at worst.

© Flickr / Ren Rebadomia
German Authorities Turn a Blind Eye to Child Sexual Abuse
Wide-spread and blatant child abuse by French soldiers during the Sangaris Operation in the CAR and the UN's response triggered one of the worst scandals in the organization's history. France subsequently recalled the soldiers for an investigation that was closed down two and a half years later without a single abuser indicted. Moreover Swedish UN official Anders Kompass, who was one of the first to sound the alarm, was first asked to step down, then suspended. Although he was later cleared in an external investigation, he nevertheless decided to quit the UN due to trust issues. While Kompass' case, which effectively cost him his job and his career, remains the best-known, it is far from being the only one. Cases of child abuse by UN peacemakers were reported from Haiti, Sierra Leone, Liberia and other countries, with attempts to hush up the problem.

However, the very scope of the abuse no longer allowed any cover-ups. Earlier in March, the UN announced decisive action on this matter, with its new Secretary-General António Guterres placed the fight against abuse under the UN flag as one of the organization's priorities.

Sexual exploitation and abuse have no place in our world. Let's root out this scourge, put victim rights and dignity first. pic.twitter.com/Q38n5Qsb0v

​However, many of the UN's efforts to curb the problem are only for show, assistant professor Sabrina Karim of the Cornell University argued in an interview with Finnish national broadcaster Yle. One of the UN's recurring proposals to stop abuse is to include more women among peacekeepers, which would also boost the UN's gender profile. Opponents of the idea venture that enlisted men therefore wouldn't need to look elsewhere for sex.

"The responsibility of putting a stop to this should not be vested in women, but on men who commit crimes. Women should not be charged with controlling the behavior of their colleagues," Sabrina Karim told Yle.