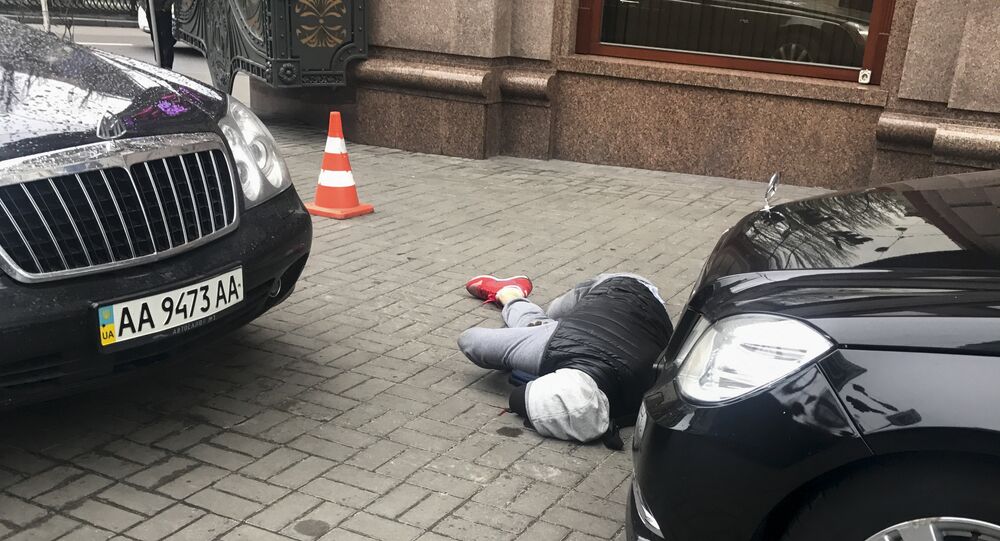 Earlier in the day, Voronenkov was shot dead in central Kiev, with Ukrainian authorities accusing Moscow of the murder. Local media reported that suspected killer also died and the information was confirmed by Ukraine's Prosecutor General's Office.

The suspect had documents issued by Ukrainian National Guard’s military unit 3057, the Ukrainian Strana newspaper said, noting that the suspected murderer was likely to be one of the volunteers, who fought in the area where military operation was held in 2014-2015, namely, in Donbas.