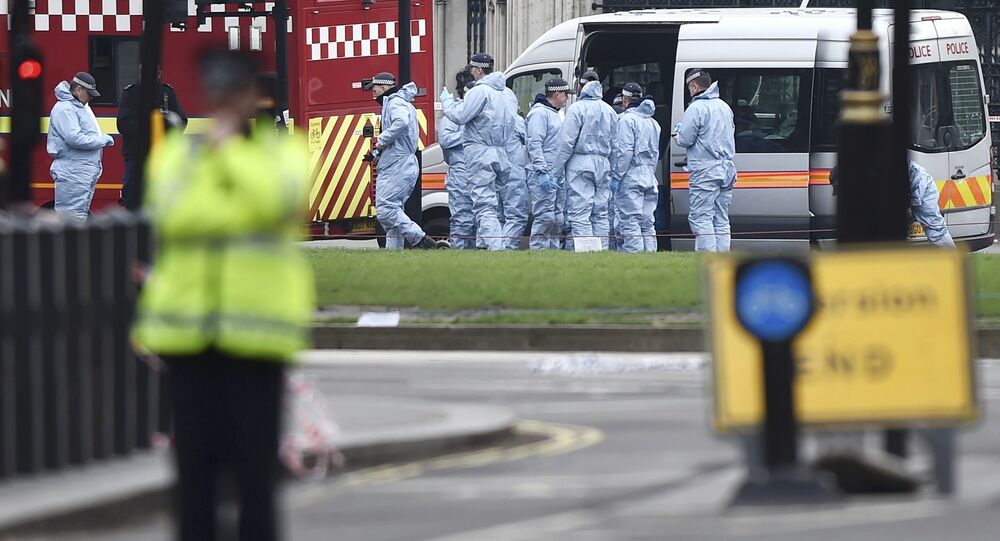 US President Donald Trump expressed condolences on Thursday to the family of an American citizen, Kurt Cochran, killed in London attack.

WASHINGTON (Sputnik) — ​Cochran, a resident of the US state of Utah, and his wife Melissa were visiting Europe to celebrate their 25th wedding anniversary. The man died of injuries received when a car plowed into the crowd near the UK Parliament. The wife suffered injuries and remains in the hospital.

"A great American, Kurt Cochran, was killed in the London terror attack. My prayers and condolences are with his family and friends," Trump said in a Twitter statement.

A great American, Kurt Cochran, was killed in the London terror attack. My prayers and condolences are with his family and friends.

On Wednesday, an attacker hit several people while driving on Westminster Bridge. He then tried to enter the Parliament, armed with a knife. At least five people, including the attacker, were killed and about 40 injured.

One US Citizen Killed, 1 Injured in Wednesday's London Terrorist Attack