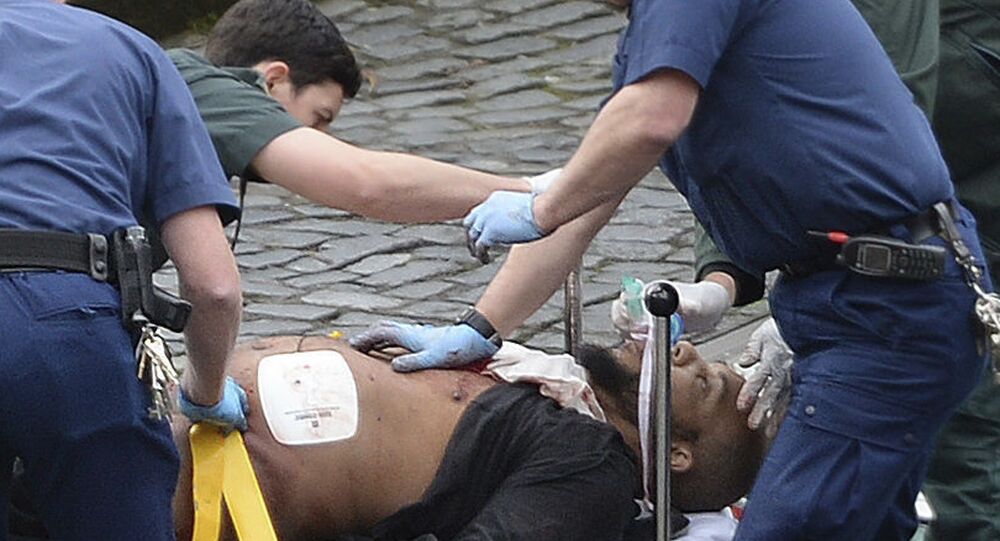 London Metropolitan Police said that the name of the Westminster attacker is Khalid Masood.

"The man police believe to be responsible for the terrorist attack in Westminster yesterday, Wednesday, 22 March, has now been formally identified as Khalid Masood," the police said in a statement.

According to London police, the perpetrator of the Westminster attack outside the UK parliament was not a subject of current investigations, however, he was known to police.

"Masood was not the subject of any current investigations and there was no prior intelligence about his intent to mount a terrorist attack. However, he was known to police and has a range of previous convictions for assaults, including GBH [grievous bodily harm], possession of offensive weapons and public order offences," the statement read.

Moreover, no prior intelligence related to him indicated he may commit a terror attack.

Prior to #WestminsterAttack Masood,52, was not subject of any current investigations & no intel about his intent to mount a terrorist attack

On Wednesday, 4 people were killed and many were injured after a vehicle drove into a crowd on London’s Westminster Bridge near the UK Parliament building. One man was later shot by police after he stabbed an officer inside the Parliament compound.