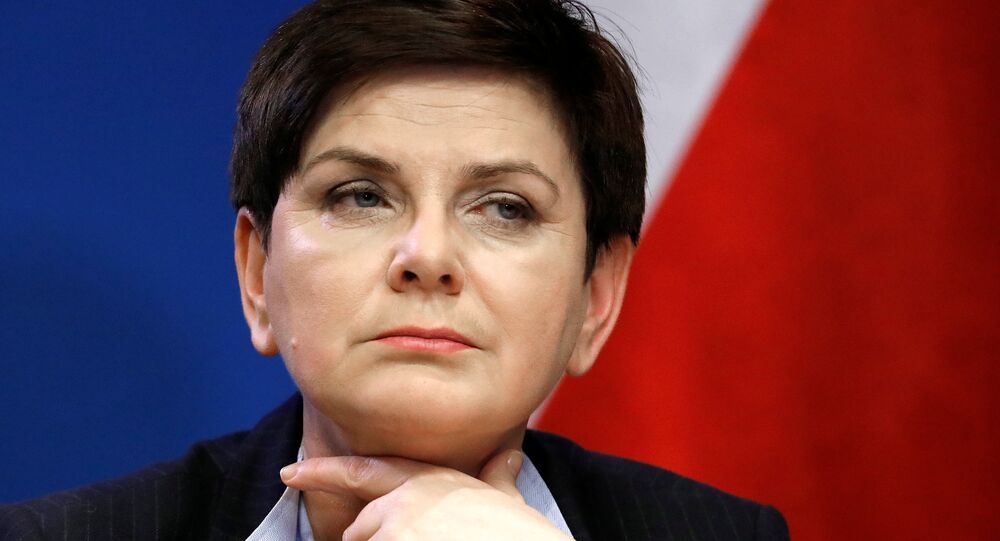 Poland has threatened not to sign the upcoming Rome Declaration unless it agrees to give back more powers to member parliaments in the latest standoff between Warsaw and Brussels, which has threatened to take away Poland's voting rights over its constitutional court crisis.

European Union heads of state or government will meet in Rome, Italy, March 25, for the 60th anniversary of the Rome Treaties, during which they will sign a declaration which is intended to be the blueprint for a new EU, post-Brexit.

25. March 2017: a decisive moment for #Europe. #RomeDeclaration marks birth of EU27. We have our destiny in our hands! 🇪🇺🇪🇺🇪🇺#EU60 #FutureEU pic.twitter.com/LSYVw6K4oy

​The draft declaration promises a "united Europe", but one which is multi-speed, or "at different rates and intensity where necessary", referring to the concept that some EU member states will look for greater integration on some matters than others.

However, Poland — which is already under threat of having its voting rights removed over its government's changes to the Constitutional Tribunal — has said it may not sign the declaration, unless more power is given back the member states' parliaments — one of the major issues in the Brexit debate.

"If the declaration does not include the issues which are priorities for Poland, we will not accept the declaration. The unity of the European Union, defense of a tight NATO cooperation, strengthening the role of national governments and the rules of the common market which cannot divide but unite — these are the four priorities which have to be included in the declaration," Polish Prime Minister Beata Szydło told TV Nowa.

In December, 2016, the commission officially warned Warsaw that it would remove its voting rights in the EU, if the Polish Government did not roll back controversial changes to its Constitutional Court. With Poland defiant in the face of the criticism — denying any "systemic threat to the rule of law", the credibility of the commission is now at stake.

© REUTERS / Agencja Gazeta/Franek Mazur
People hold signs of letters composing the word 'Freedom' as they march in an anti-government protest in Warsaw, Poland December 18, 2016.
© REUTERS / Agencja Gazeta/Kuba Atys
Tusk Tackles Poland Over Constitution, Media Protests as EU Crisis Looms
The dispute arises from changes to Poland's Constitutional Tribunal, December 2015, when the Polish Government added five 'politically friendly' judges to the country's Constitutional Tribunal, in a move seen by critics as making it easier to push through legislation with less opposition.

The EU's threat involves invoking Article 7 of the Treaties of the European Union, which allows for it to: "suspend certain of the rights deriving from the application of the Treaties to the Member State in question, including the voting rights of the representative of the government of that Member State in the Council." Article 7 has never — so far — been invoked against an EU state.

What is this Union all about? Let me read out Article 2 of the Treaty… #MSC2017 #EU60 / LIVE @MunSecConf https://t.co/d0vKfnHBEy pic.twitter.com/38ER1qRjUR

​However, Brussels is unlikely to bring sanction against Warsaw, in reality, as it would inflame an already volatile relationship.

"I think that invoking Article 7 now would be self-defeating and will not help us in the wider context of what is still going on," Commission vice president Frans Timmermans told members of the EU Civic Liberties Committee.

'Political Suicide': Poland Unlikely to Have Referendum on Leaving EU