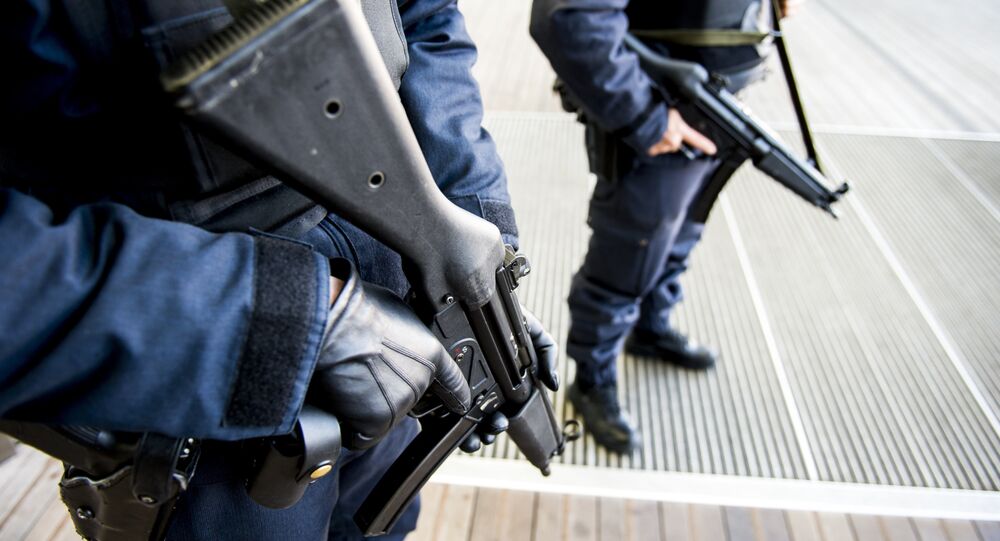 Belgium police prevented a terrorist attack in Antwerp as a car tried to enter a shopping street at high speed, one person was detained.

Belgian police on Thursday discovered a car containing arms and illegal material in the city of Antwerp and cordoned off a parking area where the car was stopped, local media reported.

© REUTERS / Yves Herman
A Year On, How Has Belgium Dealt with the Terrorism Threat?
The car, registered in France, seemed to have been chased down after it tried to run a red light, according to La Libre news outlet.

The outlet reported that one suspect was detained by the Antwerp's police.

According to Serge Muyters, chief of the city's police, quoted by Le Libre, the driver of the car was "a man on North African origin." But according to the Belgian Federal Prosecutor, detained man is French national living in France.

Bart De Wever, the city's mayor, is reportedly expected to hold a press conference where he will announce that an attack has been thwarted.

According to media reports, the car was trying to hit pedestrians.

Demining teams have reportedly been summoned to the parking lot.

"We are closely monitoring the situation. Security forces have shown exemplary work in Antwerp. [The Belgian government] remains on high alert," Belgian Prime Minister Charles Michel wrote on his Twitter.

On Wednesday, a man drove his car into pedestrians on Westminster Bridge in London and then attempted to enter the parliament, armed with a knife. The attack resulted in deaths of two civilians and one police officer, while 29 people are being treated in hospital. The attacker was shot dead by the police.

The London attack came on the day of the one-year anniversary of three coordinated bombings in Belgian capital, two at an airport and one in the center of Brussels.