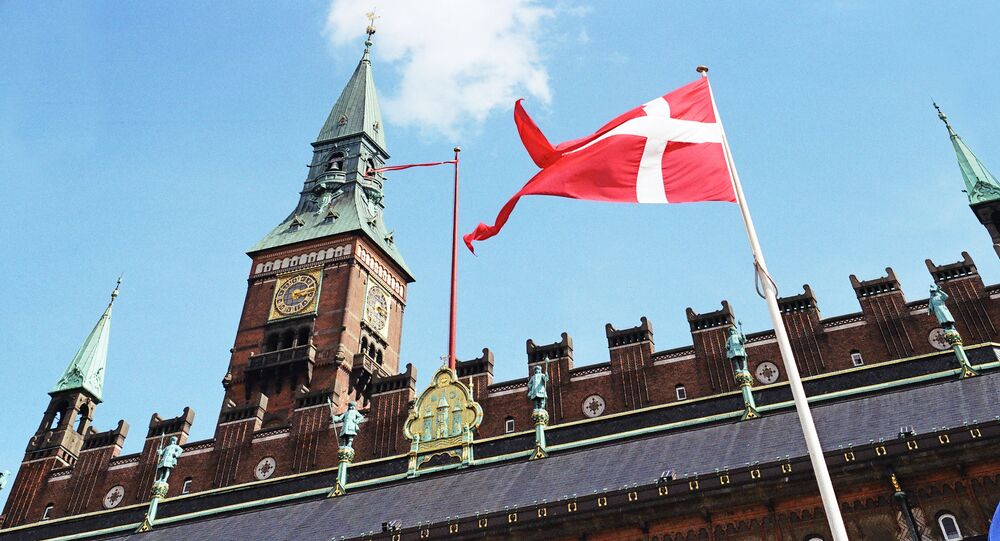 With Europe becoming increasingly multicultural, the proportion of Muslims is steadily rising, fueled by incessant waves of migration from the Middle East and North Africa. A Danish journalist has toyed with the idea of Denmark getting a Muslim Prime Minister, which, according to him, only was a "matter of the near future."

© AFP 2021 / CLAUS FISKER / SCANPIX DENMARK
Denmark Bending Down Under Burden of Immigrant Baby Boom
According to Ulrik Høy of the Danish daily Berlingske, Denmark has already passed the "point of no return" as concerns immigration, and the clock cannot be reset. Therefore, the perspective of having a Muslim Prime Minister candidate is only a matter of time, he argued in his opinion piece.

Whereas two out of three Danes were found to be in favor of limiting Muslim immigration in a recent poll, the reality seems to be telling a different story, Ulrik Høy argued. According to him, the thousands of migrants who were taken in by the European nations at the height of the migrant crisis will in fact never be returned. Despite recently introduced legal constraints, the political will to reverse the migrant flows is absent.

According to Høy, EU heavyweight Germany is still a role model for the European nations, including Denmark. As long as Angela Merkel virtually lets the million migrants who swarmed Germany in the autumn of 2015 be, it will serve as an act to follow for Liberal-ruled Denmark, which Høy somewhat disparagingly called an "echo chamber."

© Photo : Africa Studio
Not-So-Sweet 16: Danish High School Student Converts to Islam, Becomes Country's First Female Terrorist
In Høy's tentative scenario fast forward 15 years from now, the Liberal Party of Denmark will be sporting a Muslim candidate, whom he described as a "43-year-old talented and respected politician with Turkish roots." He is a third-generation immigrant born in Denmark to Turkish-born parents, who moved to Scandinavia in the 1970s together with their parents. The candidate appears to be popular, reliable and pleasant to work with, he does well on TV and enjoys the reputation of being the "friendly Muslim," carefully downplaying the religious aspect.

In Høy's vision, Denmark anno 2032 is a de-facto multiethnic, multicultural and multiconfessional nation struggling to find balance. With the demographic reality of prolific Muslims outnumbering ethnic Danes, the perspective of a Muslim takeover is neither odd nor politically unnatural, Høy argued.

© AFP 2021 / CLAUS BECH / SCANPIX DENMARK
Bitter Pill! Renowned Danish Anti-Islamist's Family Member Joins Daesh
In a still wider perspective, Høy went on to predict bloody conflicts preceding the change of power. For instance, a future struggle between French police and government troops on the one side and international ghetto dwellers on the other hand, will result in up to 50,000 killed, embodying the collapse of the old order and serving as a formidable memento for all of Europe. Denmark, however, will fare relatively well, with only minor riots and social unrest.

The proportion of babies born to immigrant parents is steadily rising in Denmark, peaking at over a fifth in 2016. By contrast, ethnic Danes also have a much lower fertility rate of only 1.7 births per woman, compared to the "new Danes."

The percentage of Muslims in Denmark remains a matter of debate, with some estimates going as far as 5 percent of Denmark's population of 5.6 million. It is undisputed, though, that both the number and the percentage of Muslims are steadily rising. In recent decades, Denmark experienced bitter encounters with radical Islam, manifested, among others by Hizb ut-Tahrir, an international organization working to establish sharia law.