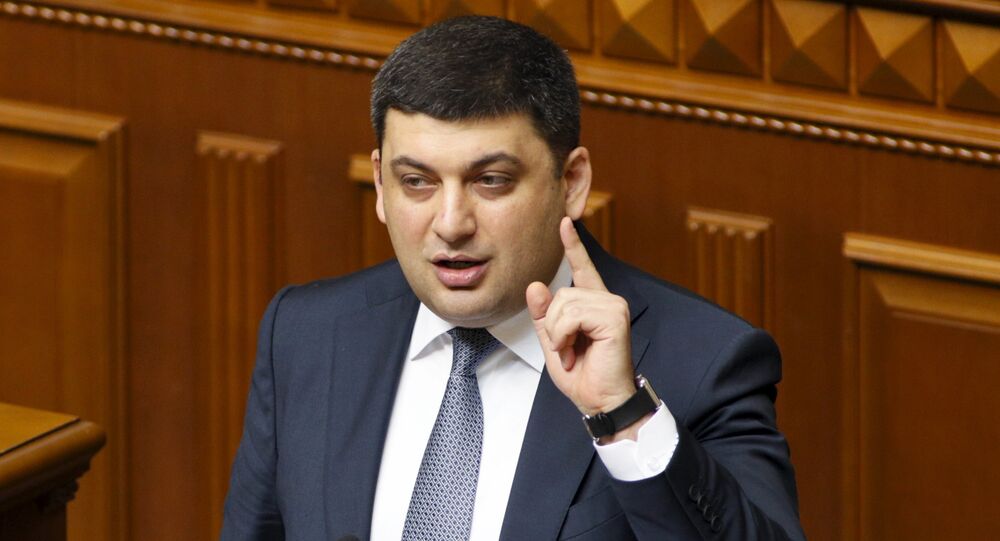 Ukrainian Prime Minister was traveling to the country's northwestern Kharkiv Region where explosions at an ammunition depot happened at night.

"This morning I received information about blasts at an ammunition depot near Kharkiv… I am flying to the scene. The most important thing is to ensure people's safety," Groysman wrote on his Facebook account.

He said he was in touch with the military and local authorities who are dealing with the consequences of the explosion and helping evacuate people from nearby areas.

© Sputnik / Ramil Sitdikov
Ukraine Citizen Involved in 2014 Abduction of Russian Journalists Identified
According to the Ukrainian Defense Ministry, a fire started in the depot in the early hours of Thursday. Ukraine's State Emergency Service said about 15,000 residents had been evacuated. There are two evacuation points in the city of Balakliia where the depot is located, according to the General Staff of the Armed Forces of Ukraine.

Ukraine's military prosecutor Anatolii Matios said sabotage could be the cause of the explosions.