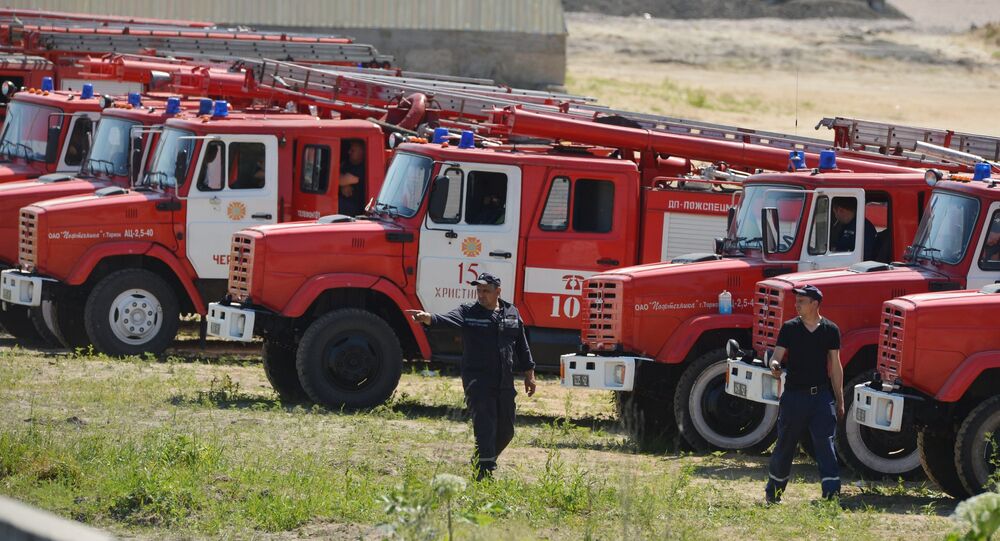 Evacuation Ongoing After Explosions at Ammunition Depot in Kharkiv Region

People are being evacuated after explosions at ammunition depot in Ukraine's Kharkiv region, authorities report.

KIEV (Sputnik) – A fire caused by explosions at an ammunition depot in the city of Balakliia in Ukraine’s Kharkiv Region has led to the evacuation of local residents, authorities report.

According to Ukraine’s Defense Ministry, the fire started in the early hours of Thursday.

"All measures are being taken to contain and put out the fire," the ministry said in a Thursday statement, adding that an investigation into the incident is underway.

The Balakliia city administration informs on its website that an evacuation of local residents is underway, particularly those whose homes are located close to the storage facility.

A local civil defense source told Sputnik on Thursday that most of Balakliia residents have already been taken out of the city by bus. Specialists are checking for any remaining people in residential buildings.

"We have not received any information from any services yet, it's being reported that there have been no casualties so far," the source said.

The ammunition depot in Balakliia is reportedly one of the largest in Ukraine.