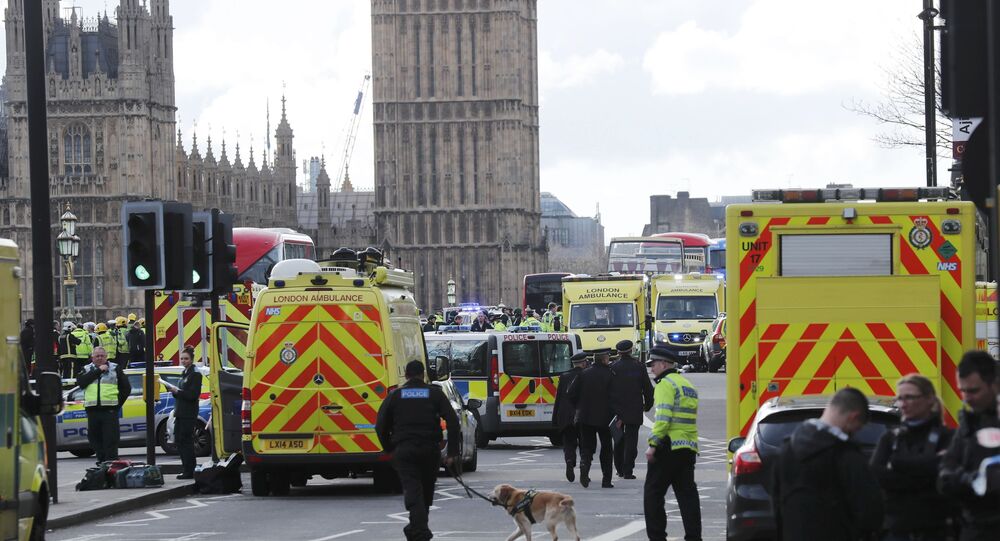 Police reports that the lockdown of Westminster Bridge initiated after the deadly Wednesday terror act has been lifted.

© AFP 2021 / Daniel LEAL-OLIVAS
At Least Four, Including Suspected Attacker, Dead in Westminster Attack in London
MOSCOW (Sputnik) – The lockdown of Westminster Bridge initiated after the deadly Wednesday terror act has been lifted, police have confirmed.

"We are forensically examining a complicated crime scene that covers a wide area, and as with all investigations of this nature it will take us some time to work through the painstaking work necessary to get all of the relevant evidence," Metropolitan Police Acting Deputy Commissioner Mark Rowley said as quoted by The Guardian.

He added that some entrances to the parliamentary estate will remain closed.

According to Rowley, the Wednesday terror act resulted in the death of five people, including the attacker, who could have been inspired by international terrorism. At least 40 people were injured, including three police officers, two of whom are in serious condition.