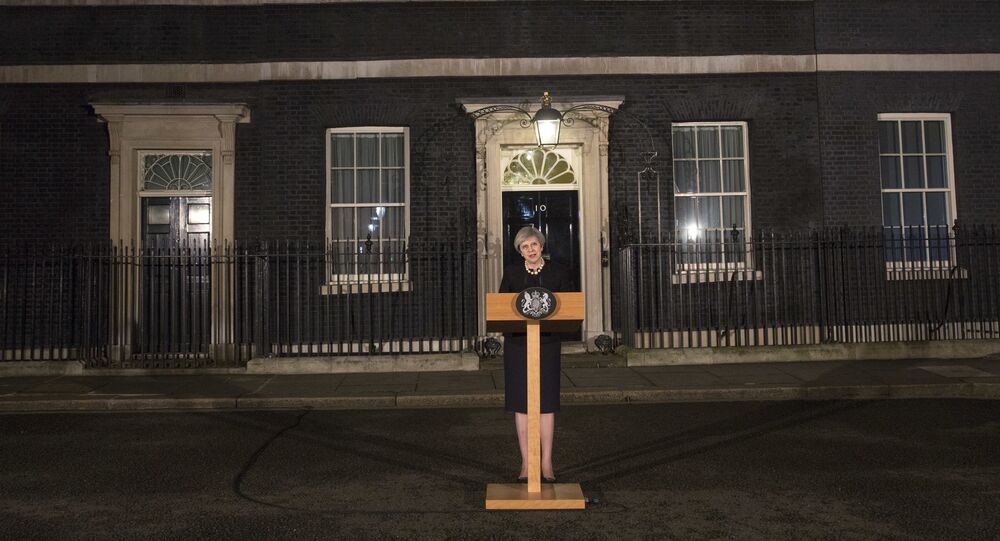 Addressing the people of Britain following the terror attack that left at least five people dead and 40 injured, UK Prime Minister Theresa May called the attack an attempted assault on Parliament's noble principles, but promised the city and the government would not be cowed by terrorists.

​The attack took place Wednesday outside of Parliament when a large vehicle plowed through pedestrians on Westminster Bridge before crashing into the railing. The attacker then exited the vehicle and made his way towards Parliament stabbing an armed police officer to death. He was later shot and killed by police, who are treating the incident as a terror attack.

May said the location of the attack "was no accident," as the British Parliament represents, "democracy, freedom, human rights and the rule of law … That is why it is a target for those who reject those values."

She added that the people of London, "will all move forward together, never giving in to terror and never allowing the voices of hate and evil to drive us apart."

The Prime Minister announced that parliament will meet as planned Thursday despite the attack, stating that the governing body as well as London, "will move forward, never giving in to terror."

The UK's threat level for international terrorism was already listed at severe, meaning an attack is "highly likely." May said this would not change.