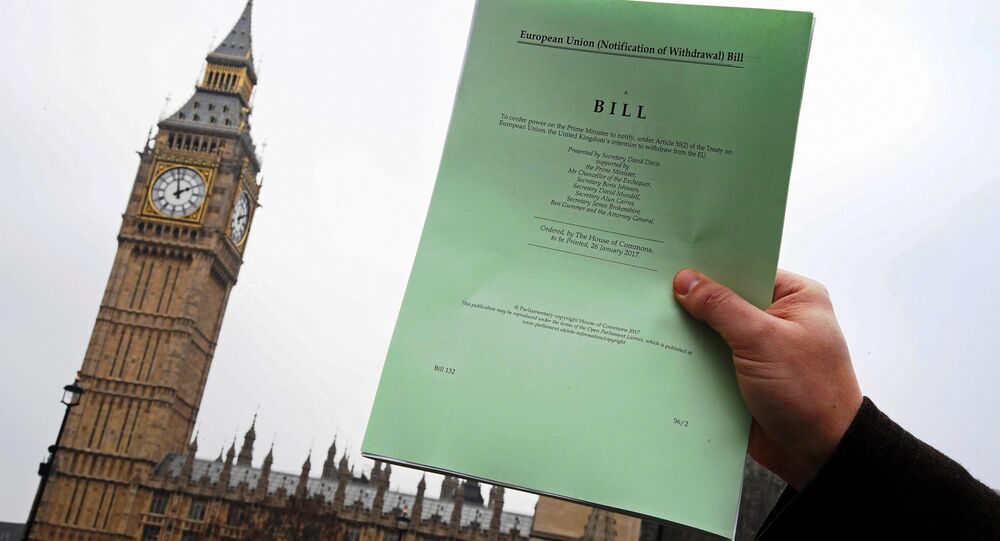 The crucial clause in the Treaties of Europe which will be used to trigger Brexit, which was drawn up by a British diplomat who intended it to be used in the event of a coup in one of the EU member states, has hinted that trade-offs will be at the heart of talks, which may even end in "No Brexit."

© Photo : Pixabay
British 'Plan B' for Ten Year Brexit Buffer Set for EU Court Clash
The trigger mechanism for an EU member state to leave the union — Article 50 of the Treaty of Lisbon — was, ironically, drafted by a senior British diplomat, Lord Kerr of Kinlochard, who was UK Permanent Representative to the European Communities/European Union in Brussels from 1990 until 1995.

It was intended to have been used in the event of a member state being taken over by a dictator who wanted to break away from the EU and was designed to be a mechanism to protect the EU in that event.

"It didn't occur to me that we would use it. I thought the circumstances in which it would be used — if ever — would be when there was a coup in a member state and the EU — which is a union of values — suspended the membership rights of the country where the dictator had taken over […] I thought that the dictator in question might be so cross that he'd say 'right, I'm off' and we could have a procedure under which he could leave," Lord Kerr told the BBC.

David Davis looks on as the author of Article 50 Lord Kerr addresses the Lords pic.twitter.com/WMIZNS7Yne

He said that it was not inevitable that Britain would actually end up leaving the EU, saying:

"They might try to extract a political price but legally they couldn't insist that you leave."

Find out how the Government’s Plan for Britain will build a stronger, fairer Britain as we leave the European Union: https://t.co/viSp7q4ld7 pic.twitter.com/4ir1SLv8v9

During his time working in Brussels, Lord Kerr — who is now in the House of Lords — learned a great deal about the way the negotiations could move. He says a lot of countries appear to take a hard line in public, while being softer behind closed doors, where trade-off could be made. 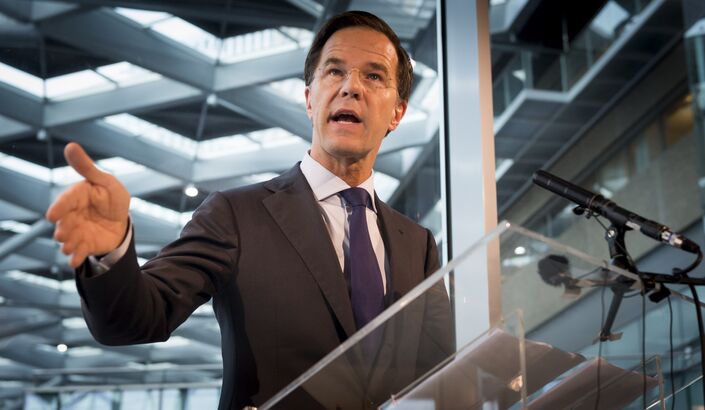 During an interview in 2004, he gave an example of a fictional EU Directive on Widgets, which gives a huge pointer to the way the Brexit negotiations could go.

"The Department of Widgets in Whitehall desperately needed a change to the draft Widgets Directive being negotiated in the Widgets Council Working Group in Brussels and that an apparently insuperable obstacle to their getting their way was, say the Dutch, who took a different view on some fine point of Widgets theology," he said.

"And you might also spot that in a completely different Council, the Dutch were desperate to secure some policy aim, and the British were opposing them. And you would set out to analyze the relative weight of Whitehall's concerns, and might discover that, whereas our Widgets concern is a huge concern, the Department that was blocking the Dutch on the other issue didn't really care one way or the other, were unsympathetic to the Dutch, didn't feel as strongly about it as they sounded in Brussels.