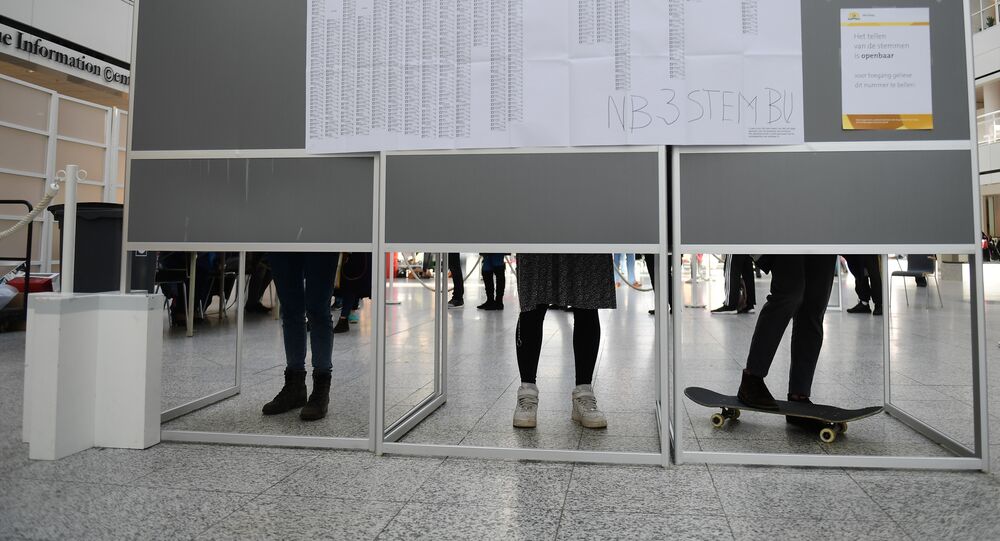 The Dutch ruling People's Party for Freedom and Democracy (VVD) led by Prime Minister Mark Rutte won the parliamentary elections in the Netherlands securing 33 out of 150 seats, according to the final results of the vote on the Dutch Electoral Council's website.

MOSCOW (Sputnik) — The main competitor of the VVD party, the far-right Party for Freedom (PVV) led by Geert Wilders, came in second in the election gaining 20 seats.

Earlier this week, Dutch Prime Minister Mark Rutte hailed the victory of his ruling People's Party for Freedom and Democracy (VVD) in the national elections.

An exit poll conducted by NOS public broadcaster showed that Rutte's party secured at least 31 out of the 150 parliament seats available.

Frauke Petry recently told Sputnik Germany that Amsterdam's recent move to play hard ball with Turkish ministers had played an important role in securing the victory of Mark Rutte's party. The AfD leader said that the Prime Minister won support at the expense of right-wing candidate Geert Wilders due to the last-minute spat with Turkey.