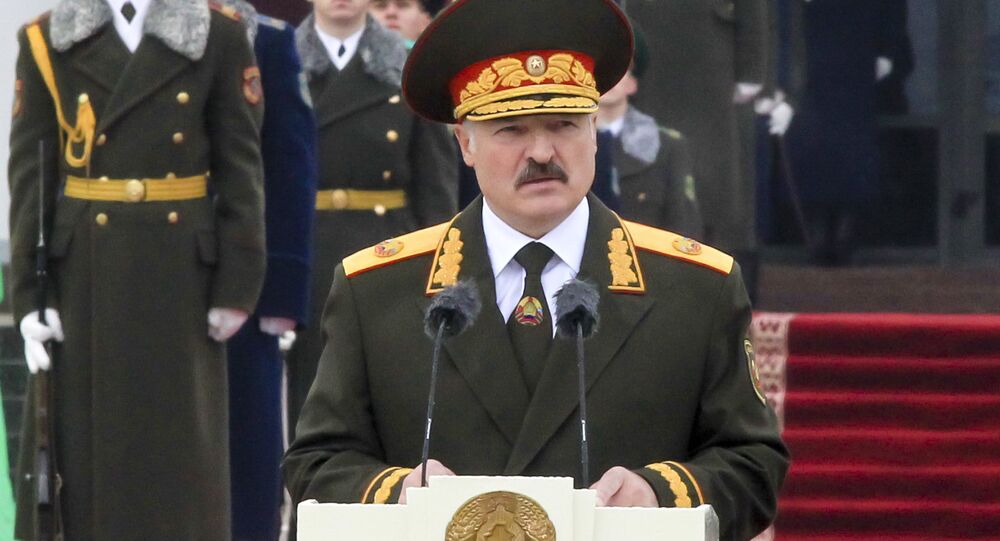 MINSK (Sputnik) — He stressed that it was necessary to find out where the money came from and who was engaged in the preparation of the provocation.

"We have already detained several dozens [of militants]… who were trained with weapons in the camps. By the way, one of the camps was near Bobruisk and Asipovichy. Other camps are in Ukraine," Lukashenko said.

The President vowed to provide more detailed information about the issue later.

He also praised the Belarusian nationals living in the European Union, who warned Minsk about the provocation.

"A woman came to the Embassy and warned us, writing an official letter: a provocative act is being prepared. And we launched investigation. And, indeed, we have found some very interesting things," Lukashenko added.