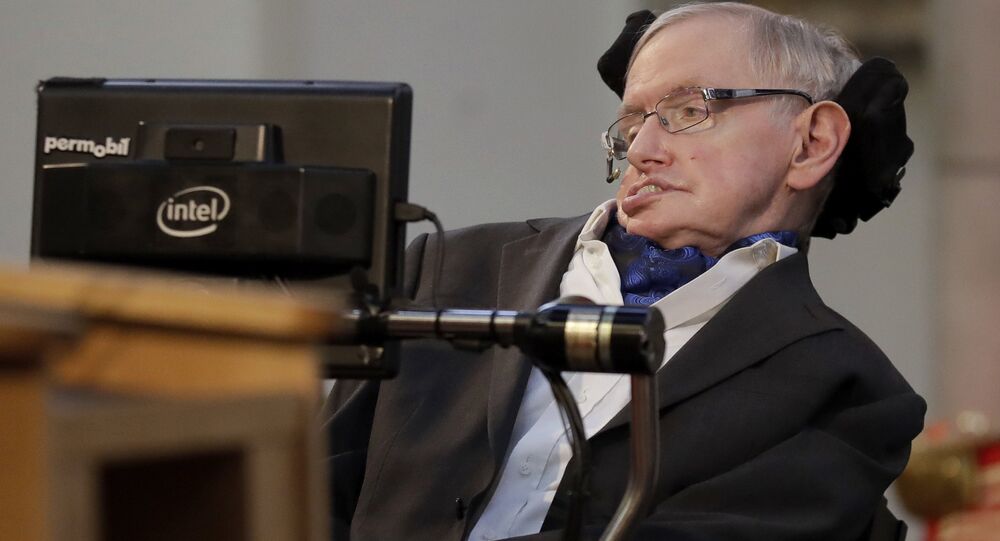 Stephen Hawking says he fears he "may not be welcome" in the United States during the Trump administration's time in the Oval Office, due to their contradicting beliefs on climate change.

Speaking on ITV's Good Morning Britain with television host Piers Morgan on Monday, March 20, the eminent physicist expressed his concern over Trump's policy and added that Scott Pruitt — the head of the US Environmental Protection Agency, and avowed climate change doubter — should be replaced.

EXCLUSIVE: Prof Stephen Hawking also tells @GMB he fears he 'may not be welcome' again in America after calling Trump a 'demagogue'.

"I would like to visit again and to talk to other scientists, but I fear that I may not be welcome," Hawking said.

"He should replace Scott Pruitt at the Environmental Protection Agency," Hawking said.

"Climate change is one of the great dangers we face and its one we can prevent. It affects America badly, so tackling it should win votes for his second term — God forbid."

Pruitt, who was appointed by Trump in February, recently told CNBC that he doesn't agree that carbon dioxide emissions from human activity are the "primary contributor" to climate change.

Despite the claim, Hawking said he has "many friends and colleagues [in the US] and it is still a place I like and admire in many ways."

Hawking, a recipient of the prestigious US Franklin medal for science also described Trump's proposed border wall with Mexico and the sanctioning of two oil pipelines as designed to "satisfy Trump's electorate, who are neither liberal nor that well-informed."

The 75-year-old Cambridge scientist also chastised the UK's decision to leave the European Union, labeling the choice as "short-sighted."

"A main worry for the British people was the feeling that Eastern Europe migration would take their jobs and undercut their wages," he said.

"The majority voted accordingly and I see this as short-sighted."

The interview finished on a lighter note where Hawking spoke of his unrelenting desire to venture into space, suggesting he might be able to go one day.

"I have already completed a zero gravity flight which allowed me to float weightless, but my ultimate ambition is to fly into space. I thought no one would take me but Richard Branson has offered me a seat on Virgin Galactic and I said yes immediately."