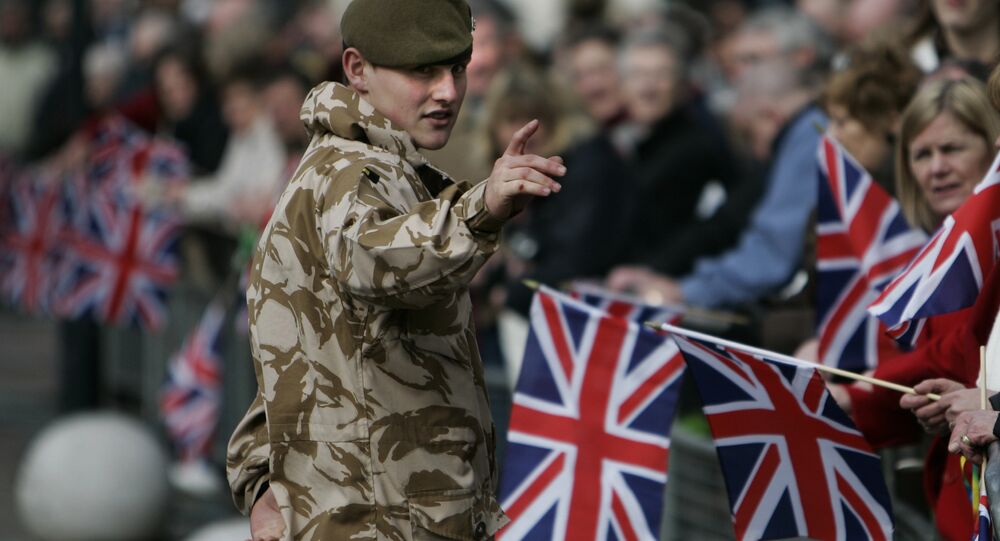 Over 4,500 British soldiers are to be transferred to new units, and nearly 40 major units moved as part of a major military restructuring plan - but while the changes are billed as a major investment in the armed forces that will establish a new "warfighting" division and two strike brigades, critics suggest.

Army 2020 Refine is the implementation of the Government's Strategic Defense and Security Review. Prior, UK defense policy called for the creation of an army designed for enduring operations at the brigade level — however, in 2011 policy changed, and demanded the UK be able to field a perpetually ready, modernized division, capable of fighting as the principal output of the army, and reorganizing to take charge of other tasks and operations.

According to documents obtained under the Freedom of Information act by defense publication Janes, the introduction of Specialized Infantry capability will mean reorganization of the UK's infantry divisional structure, from seven to six divisions. The Royal Regiment of Scotland, the Royal Welsh Regiment and the Royal Irish Regiment will be grouped together into a single administrative division, but there will be no changes to the Regimental construct of any of those regiments.

Moreover, 97 battalion-sized units will see changes to their role or brigade assignment, troop strength, home base, and major equipment operated. The aim is for all the changes to be complete by 2025, when the second strike brigade is intended to be fully operational.

In all, 39 battalion-sized regular units will move their home bases to enable the establishment of the strike brigades, at Catterick in North Yorkshire, and group the specialized advisory/training battalions at Alderst in Hampshire, and free up land to sell to private developers in order to create more civilian housing.

Under Army 2020 Refine, British Army will have 3 regiments of Challenger 2s (168 MBTs). Can any politician still think this is credible?

However, for all the talk of optimizing and enlarging military capabilities, the changes will mean the closure of many military units — in December 2016, Defense Secretary Michael Fallon said nine logistics, engineer, military police, medical and repair units, as well as one artillery regiment, would be disbanded under the plan. At the time, some — including Paul Monaghan, SNP MP for Caithness, Sutherland and Easter Ross — suggested the cutbacks would seriously downgrade UK military readiness.

Now, critics are convinced the strength of several other units will reduce as well, with around 4,650 posts being "reassigned" to new units — presumably at least some will be lost outright, rather than simply transferred.

@DefenceHQ @thinkdefence but is it enough and can it be sustained by 2 tank regiments under #Army2020refine?

The cuts come as worries are being expressed at the highest levels about UK military capabilities.

In January, the UK's own defense think tank, the Centre for Historical Analysis and Conflict Research (CHACR), warned the country was "effectively incapable" of launching an effective offensive against a belligerent foe, and concluded UK military capacity had been "hollowed out" to such a degree since 2010 the entirety of British fighting forces could be wiped out "in an afternoon."

Due to the Christmas break, a video message to reach all our soldiers about the statement in Parliament today https://t.co/hURWkxiGxG pic.twitter.com/Jb6RPFRebR

Since the election of David Cameron's coalition government in May 2010, soldier numbers have fallen to just over 87,000 full-timers, and 100,000 reservists.