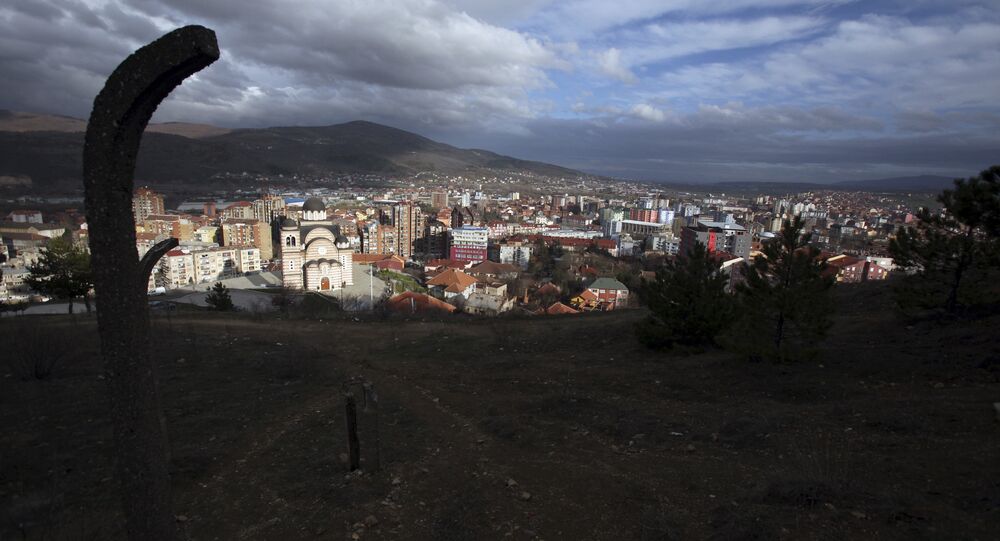 The authorities of the self-proclaimed Kosovo republic have decided to confiscate up to 200 billion euros’ worth of real estate of the former Yugoslavia’s Serbia and Kosovo Province, adding pressure to an already strained relationship between Pristina and Belgrade.

The Kosovo cadastral agency has been instructed to immediately register all real estate, amounting to more than 2 million square meters of buildings, including a ski resort and a mining complex, but also land, as the property of Kosovo.

Meanwhile, according to the Serbian cadaster agency, Serbian immovable property in Kosovo amounts to 1 million square meters and Serbian-owned enterprises in the region are valued at about 200 billion euros.

© REUTERS / Brendan McDermid
Belgrade-Pristina Dialogue Bogged Down Due to Kosovo Lack of Implementation
The region’s strategic natural resources “privatized” by the Pristina government include almost 15 billion tons of lignite and over 42 billion tons of lead and zinc.

No serious investor will spend money in Kosovo based on this decision of the government in Pristina — "because they won't know whose property it is in the end," he added.

According to the former head of the Kosovo cadastral agency, Slavica Radomirovic, 58 percent of industrial enterprises and real estate in Kosovo belong to Serbia and its citizens as proved by original documents taken out of the region after the 1999 war.

Radomirovic warned that the Kosovo authorities had prepared their own cadaster books based on forged data.

In an interview with Sputnik Serbia, Dusan Prorokovic, an expert with the Belgrade-based Strategic Alternative Fund, said that Pristina prefers to resolve all disputes with Belgrade by military force and that all it really wants is property.

“All they are doing was previously approved by the Obama Administration. They started with a demand for a Kosov army and within the next few weeks we could expect further such steps by Pristina. They know that the international community will look on as a new balance of forces is emerging in the Balkans,” he said.

Political analyst Dusan Janjic said that all this was a logical continuation of the EU-launched process of illegal privatization of Serbian property in Kosovo.

“Pristina is speeding up this whole process across the board. Just like its [Western] sponsors, it wants things like the army and property cut out for it before they start a dialogue in a new format,” he added.

He added that the decision was taken behind closed doors without asking the opinion of Serbian representatives in the regional parliament.

Kosovo unilaterally proclaimed independence from Serbia in 2008 and is recognized by over 100 UN member states. Serbia, as well as Russia, does not recognize Kosovo’s independence.