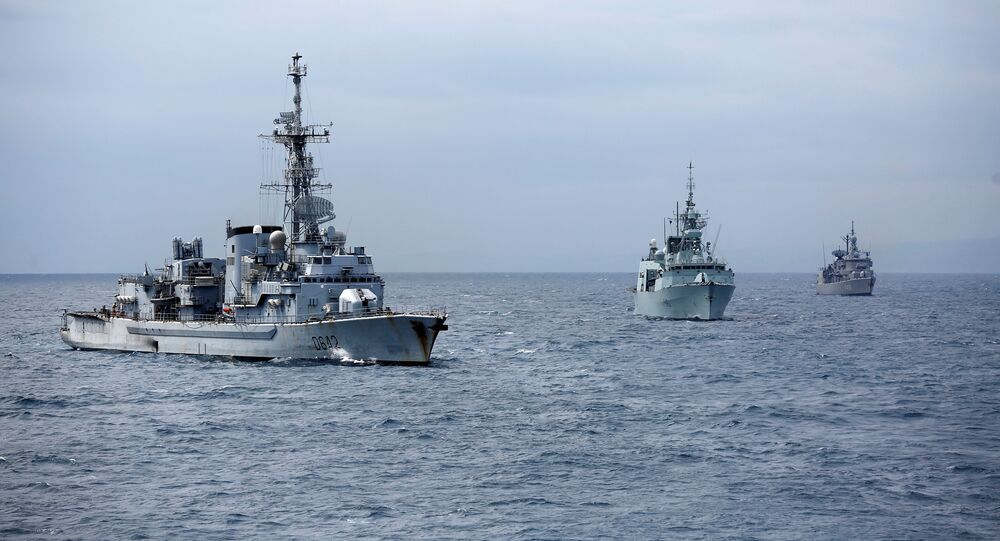 Russian envoy to NATO Alexander Grushko speaks about the Russian-NATO relationships in an interview to Sputnik.

"The alliance announced that it is turning to a policy of containing Russia, which is asserting itself, which is hatching some aggressive plans. That is why one needs any scary stories that would prove such a demonic image of our country," Grushko said, adding that many media reports and leaks regarding Russia's ability to take over the Baltic states in the matter of hours were prompted by this policy.

The envoy also raised doubts about the validity of some of other concerns of the alliance, including the deployment of the Iskander-M mobile missile systems in Russia's western exclave of Kaliningrad.

"In fact, if we return to the issue of cause and effect, Russia did not move anywhere, it was NATO that moved its own borders to Russia, including moving closer to the reach of our military means. And now they are expressing the concern about the fact that some parts of the NATO territory were in the affected area," Grushko stressed.

The envoy noted that nothing dramatic was going on as plans to re-equip missile troops with the Iskanders had been announced a long time ago.

"I will stress once again that this is an attempt to demonize Russia and the Iskander is used as one of the scary stories," Grushko concluded.

"The dialogue [with NATO] has been resumed… this first step was taken. Another thing is that NATO must itself make decisions… on the need to find ways for de-escalation, prevention of dangerous military incidents, especially in the areas of military contact between Russia and NATO, where we carry out our training activities, where NATO members appear," Grushko said.

The envoy added that the entire mechanism of the military contacts should be established.

"Before the crisis, the Russian-NATO Council met regularly at the level of military representatives, a large number of working groups were operating, and there were constant exchanges between the military. We constantly point out to our colleagues in the Russia-NATO Council that if they were seriously interested in the situation not deteriorating… then of course direct communication between the military, systematic contacts should be at the center of this effort," Grushko concluded.

© REUTERS / Ints Kalnins
NATO 'Should Be Replaced by New Collective Security Organization' That Includes Russia
The practical cooperation between Russia and NATO was suspended in 2014 after the referendum in Crimea and the reunification of the peninsula with Russia. Despite it, the council, a platform for consultations on security issues and direct cooperation in various spheres, has held three meetings in 2016, with the latest round taking place on December 19.

Another Russia-NATO Council meeting was expected to gather on March 3, however, it never took place. The sides were planning to discuss additional measures to ensure dialogue between military and civil experts to resolve the problem related to the inconsistencies in procedures, regulating civil and military aviation.