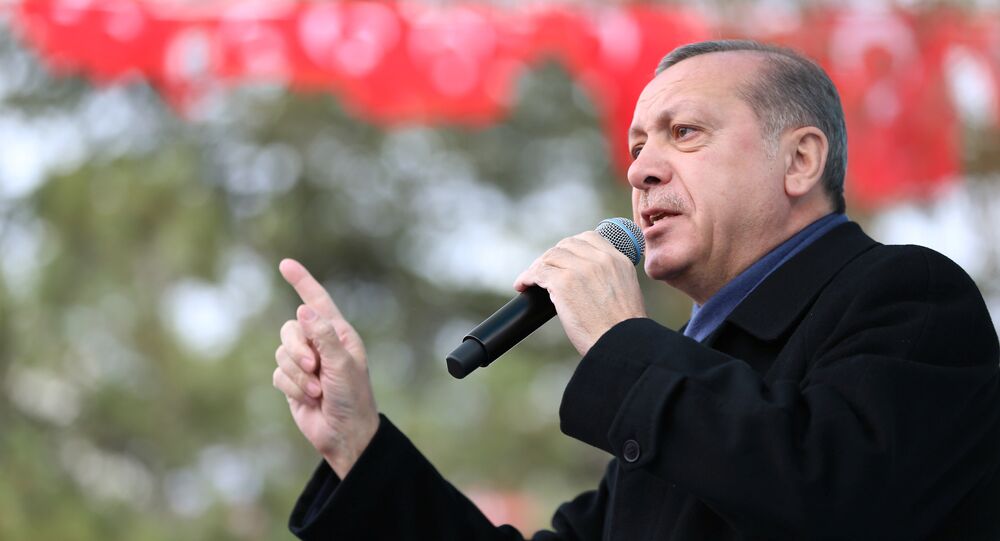 Turkish President Recep Tayyip Erdogan urged Turkish nationals living in European countries to have five children, to enroll children in better schools, to open businesses in order to become "the future of Europe."

"I am calling out to my citizens, by brothers and sisters in Europe. Have not just three but five children…Open more businesses, enroll your children in better schools, make your family live in better neighborhoods, drive the best cars, live in the most beautiful houses. That’s because you are the future of Europe," Erdogan was quoted as saying by the Hurriyet daily newspaper.

© AP Photo / Lefteris Pitarakis
Turkish Interior Minister Threatens to Send 15,000 Migrants to EU Monthly Amid Dispute
He pointed out, while speaking at a rally in the Central Anatolian province of Eskisehir, that it would be "the best answer to the vulgarism, antagonism, and injustice" made against the Turkish nationals.

Erdogan's comments came amid diplomatic row between Ankara and Amsterdam and Berlin. Earlier in March, authorities in several German cities banned Turkish officials’ campaign rallies ahead of a vote on the constitutional reform bolstering the president's powers in Turkey, while the Dutch authorities refused landing for Turkey's foreign minister, who was to meet with Turkish expats in the Netherlands. The relations between the states significantly worsened, with Turkish president comparing German and Dutch authorities' behavior to Nazism.